Skip to content
The Federal Emergency Management Agency, the Department of Health and Human Services, the state of New York, and the Army Corps of Engineers work to complete the construction of an alternate care facility at the Jacob K. Javits Convention Center in New York City on March 26, 2020. FEMA photo by K.C. Wilsey via DOD.
Expand Photo 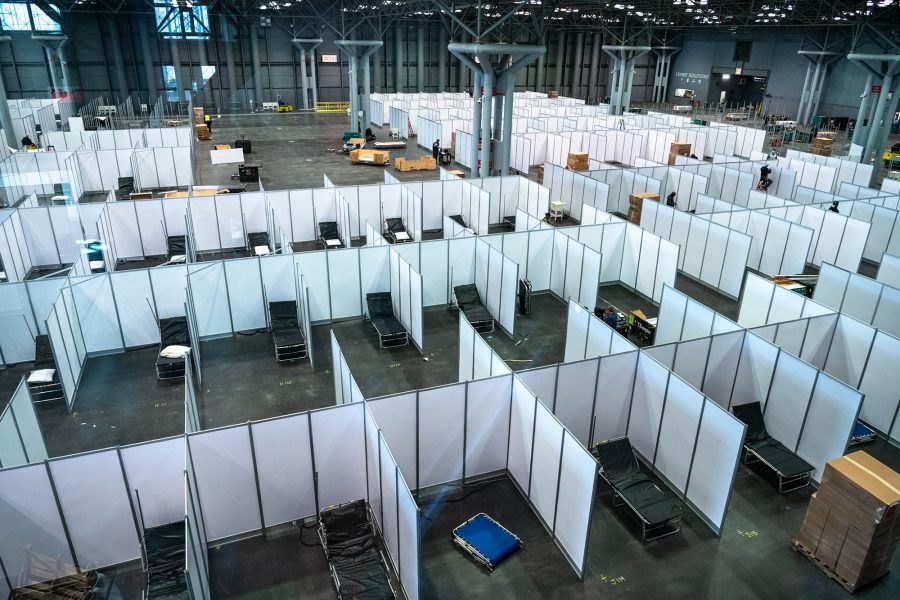 U.S. Northern Command will send 1,000 Air Force and Navy medical providers “to the New York City area” to support the Federal Emergency Management Agency’s response to the COVID-19 pandemic, according to an April 5 release.

New York City is the epicenter of the crisis in the United States, having recorded 2,256 deaths as of 1 p.m. April 5, according to Johns Hopkins University’s COVID-19 data dashboard. The state of New York had 122,056 confirmed cases. Bloomberg News reported that the trend may be shifting for the better April 5, noting that it appeared to be the first day the state saw a decline in COVID-related deaths.

About 300 military personnel will operate out of the Jacob K. Javits Convention Center in mid-Manhattan, which the U.S. Army Corps of Engineers has transformed into a health care facility for more than 2,000 non-COVID-19 patients. According to an April DOD release, the conversion was meant to free up space in area hospitals, which have been overwhelmed by demand as COVID-19 cases mount.

The remaining 700 personnel will be sent “to other area locations to expand local medical capabilities in the war against COVID-19,” the NORTHCOM release stated.

NORTHCOM is responsible for homeland defense and has the lead on the Defense Department’s domestic response to the new coronavirus outbreak.