Skip to content
The amphibious assault ship Tripoli is shown while in dry dock for repairs of Arab Shipbuilding and Repair Yard Company (Dubaî) to a hole in its starboard bow caused by an Iraqi mine. The ship struck the mine on Feb. 18, 1991, while serving as a mine-clearing platform in the northern Persian Gulf during Operation Desert Storm. The ship was able to continue operations after damage-control crews stopped the flooding caused by the explosion. U.S. Navy photo by JO1 Gawlowicz/
Expand Photo 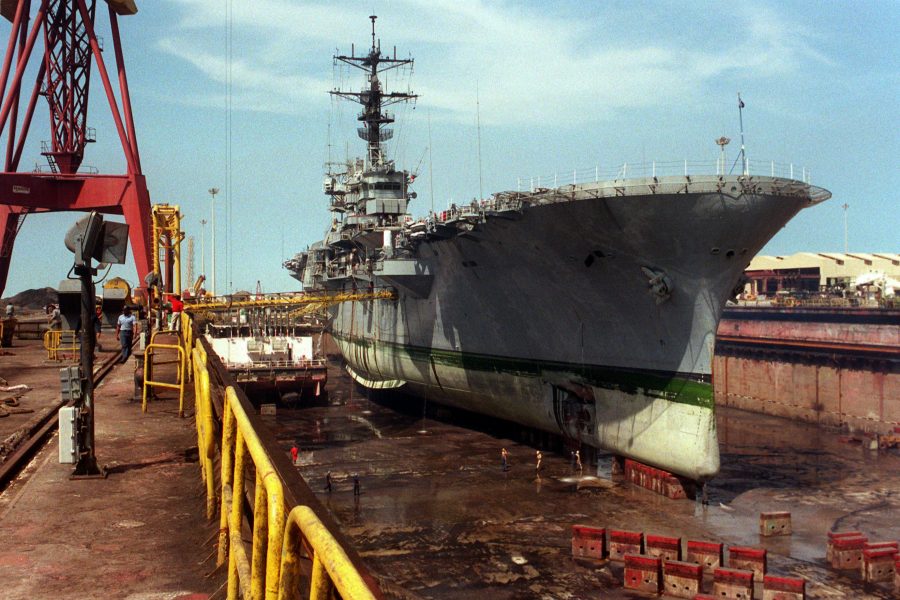