Skip to content
Ground crews ready F-4G Wild Weasel aircraft for action at a base in Saudi Arabia on Jan. 18, 1991—the start of Operation Desert Storm. The F-4Gs were dedicated to the suppression of enemy air defense mission, now performed by F-16s and F-35s. Virtually all single-mission aircraft have given way to multi-role platforms over the last 30 years. Master Sgt. Bill Thompson via National Archives
Expand Photo 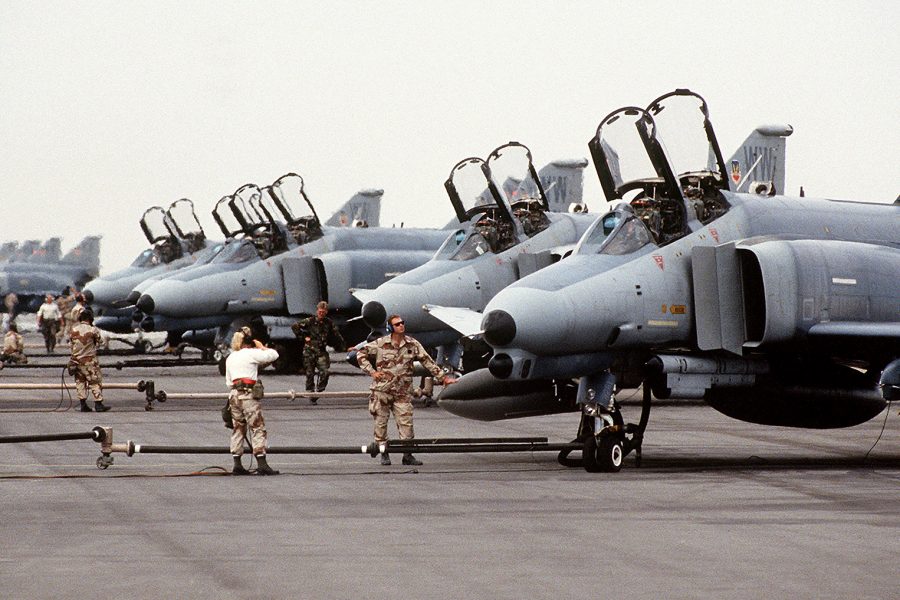