Skip to content
U.S. military personnel search through the rubble after an army warehouse was hit by an Al-Hussein missile in Dhahran, Saudi Arabia, on Feb. 25, 1991. U.S. Army photo.
Expand Photo 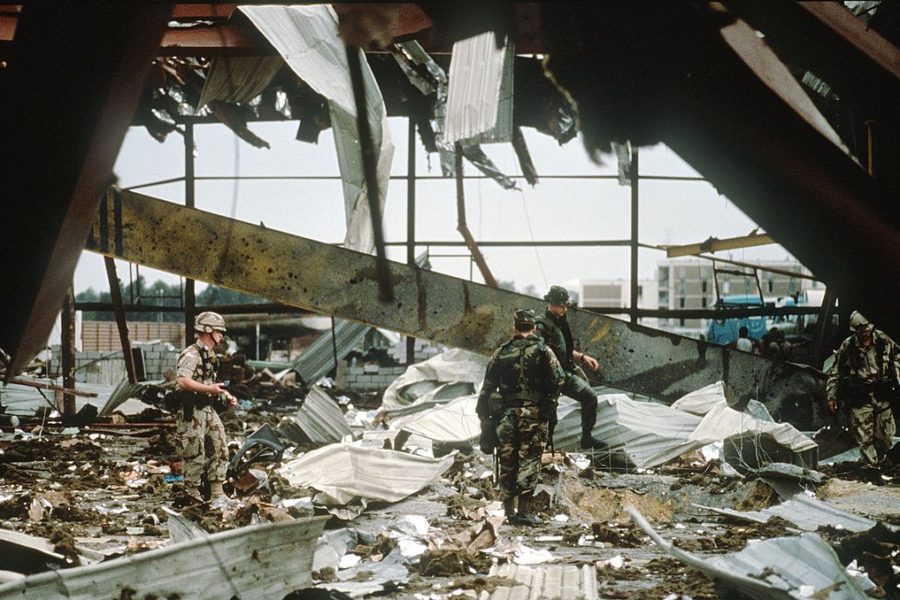