Skip to content
Then-Air Force Tech Sgt. John D. Olive is shown with parts of an Iraqi Scud missile collected on his first response and recovery mission during Operation Desert Storm. The Explosive Ordnance Disposal teams would respond after SCUD attacks to recover missiles that were either shot down, broke apart or impacted and didn’t detonate. On Jan. 21, 1991, USAF fighter-­bombers attacked Scud missile launchers. Courtesy photo via USAF.
Expand Photo 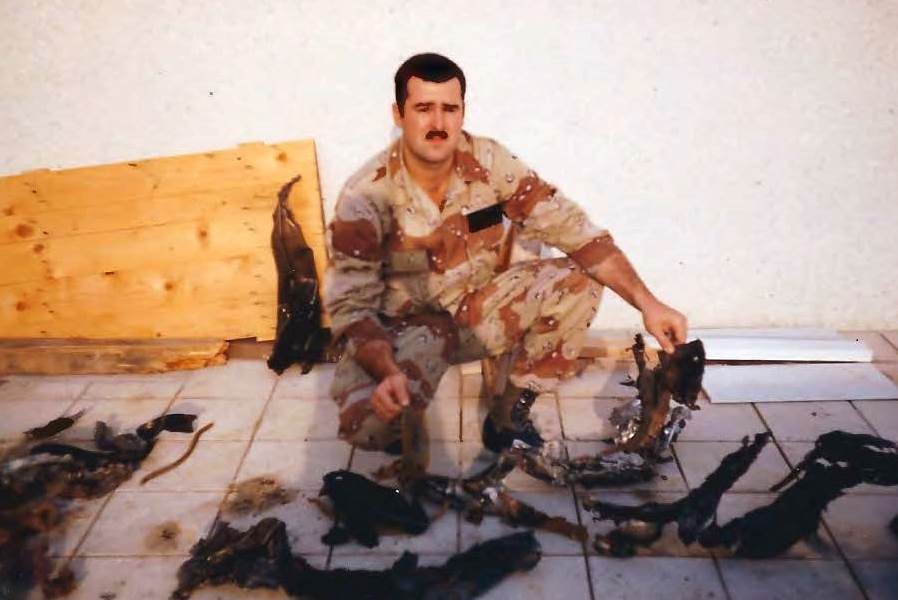