Skip to content
Most Iraqi ballistic missiles went off course and landed harmlessly, or were intercepted by the U.S. Army’s Patriot air-defense system. Even so, U.S. forces still suffered 27 dead and 90 other casualties due to Scuds. Such missiles are far more accurate today. Here, Staff Sgt. Stephen Olava uses an M-13K rough terrain forklift truck to hoist a Scud carcass outside the Saudi capital of Riyadh. Navy photo by PH2 Susan Carl via National Archives
Expand Photo 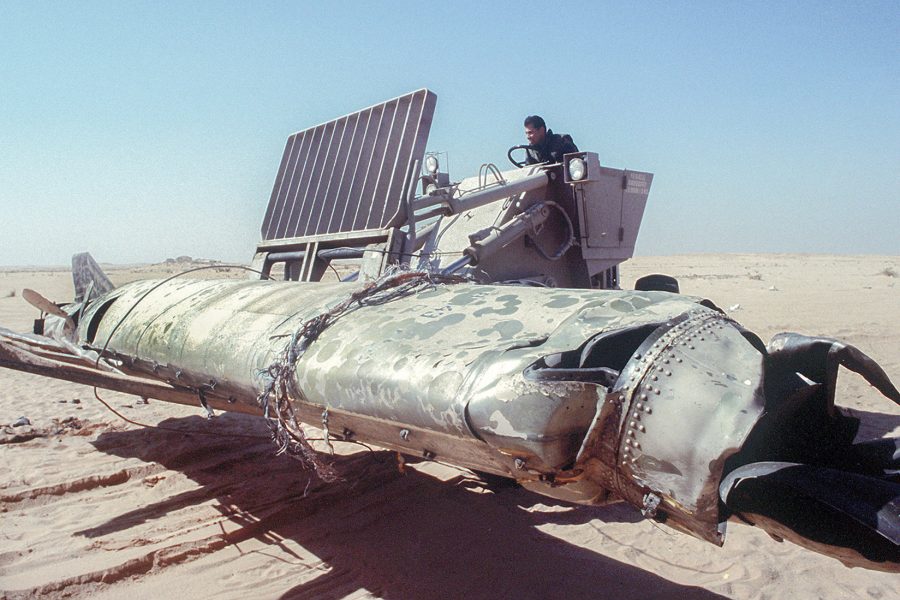