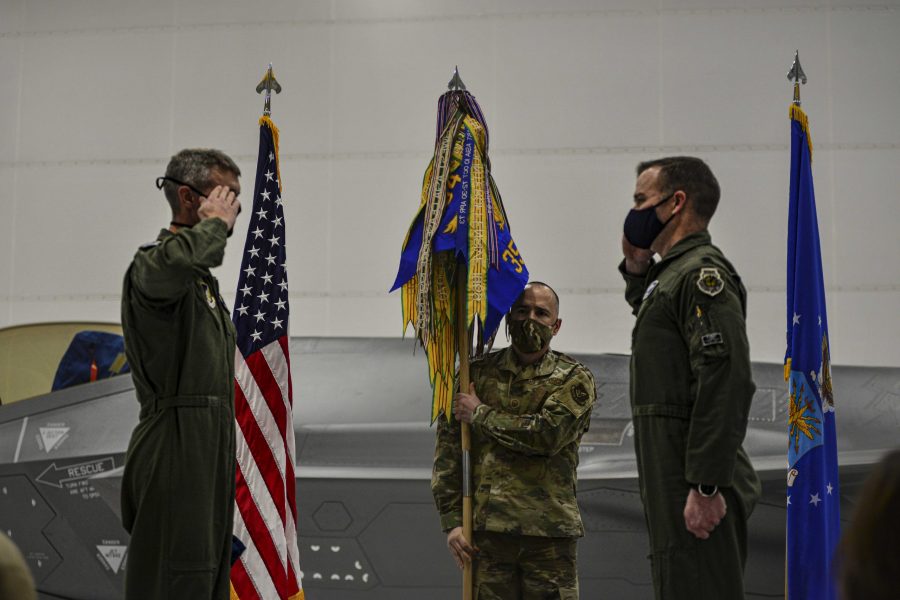 The 355th Fighter Squadron officially stood up during a Dec. 18 ceremony at the base, joining the 356th Fighter Squadron that activated earlier this year. The base will eventually be the home to 54 of the aircraft, and with F-22s at Joint Base Elmendorf-Richardson, Alaska, will be the home to the highest concentration of fifth-generation fighters in the Defense Department.

“The 354th FW has been tasked with standing up two combat-coded F-35A squadrons for a total of 54 F-35As at Eielson AFB,” squadron commander Lt. Col. Samuel Chipman said in a release. “The 355th FS is the final addition to this tasking.”

The activation of the squadron is the latest move in a long lineage for the unit. The 355th FS inactivated at Eielson in 2007, when it flew A-10s. In October 2015, it reactivated as an active association to the Reserve 495th Fighter Group, flying with the Reserve 457th Fighter Squadron at Naval Air Station Joint Reserve Base Fort Worth, Texas. There, it was redesignated as the 24th Fighter Squadron, allowing the 355th FS to reactivate at Eielson.

The squadron’s lineage dates back to 1942, when it was first activated at Hamilton Field in California and flew the P-39 Airacobra. It flew in World War II, including escorting bombers and ground attack in P-51s. During the Vietnam War it was the first A-7 Corsair II unit to fly in Southeast Asia, including flying more than 4,000 sorties during the Linebacker II campaign. In 1978, it became the Air Force’s second operational A-10 unit.

In 1956, the squadron received the nickname “Fightin’ Falcons”— a nickname that remains at Eielson, even though the unit will fly F-35 Lightning IIs and no longer the F-16 Fighting Falcons it flew in Texas.

The activation of the 355th FS at Eielson means the “Pioneer Mustang Group,” the 353rd, 355th, and 356th squadrons, will be based together again. The last time the three squadrons were collocated was in the early 1990s at Myrtle Beach Air Force Base, according to an Eielson release. Some of the same personnel who served in the squadron at Eielson in 2007 are still at the base, Chipman said in the release.

“I have had the opportunity to serve with many of its former members and some are close friends,” he said. “They’re extremely excited to hear that the Falcons will be back at Eielson.”