Skip to content
USAF airmen from the 405th Expeditionary Support Squadron work together to clear debris inside the passenger terminal the day after a Taliban-led attack at Bagram Airfield, Afghanistan, on Dec. 12, 2019. Air Force photo by A1C Brandon Cribelar.
Expand Photo 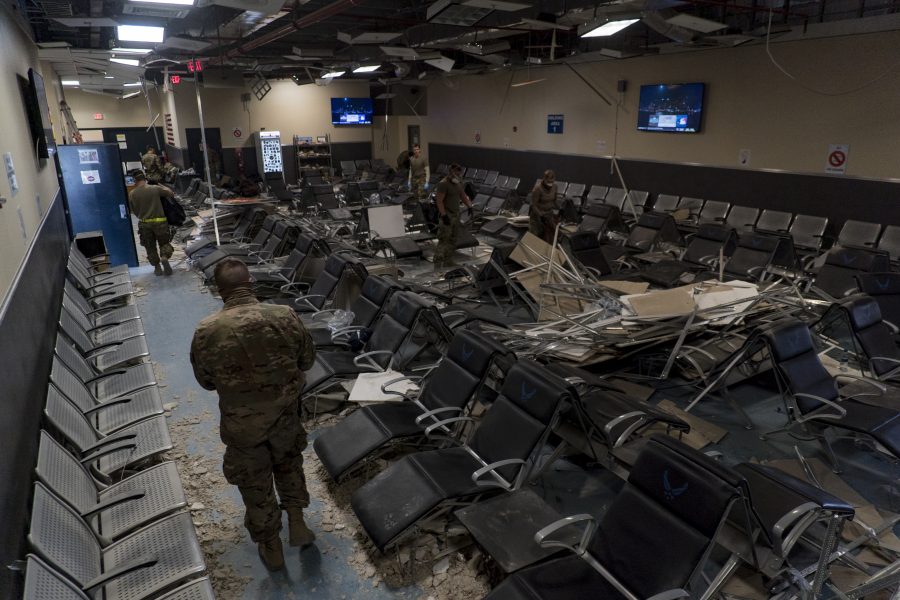 455th AEW: No US, Coalition Deaths in Suicide Bombing Near Bagram

The impact of the Dec. 11 Taliban attack on Bagram AB, Afghanistan, extended beyond the hospital targeted outside the installation’s fence line, damaging US military facilities within the perimeter of the heavily fortified base.

No US or coalition troops were killed in the suicide bombing or ensuing shootout, though at least five allied soldiers were wounded. Insurgents targeted an under-construction medical facility attached to the sprawling base.

The attack was “quickly contained and repelled by our… (Afghan National Defense and Security Forces) and coalition partners, but the future medical facility was badly damaged,” according to a 455th Air Expeditionary Wing statement.

The attack, which began with a suicide bombing on the hospital, killed at least two and wounded at least 73, according to The New York Times. The ongoing firefight, which included US forces, lasted about 12 hours.

The Georgian Ministry of Defense said in a statement that five of its soldiers, which were part of the quick reaction force, received minor injuries in the attack. The country’s 12th Infantry Battalion has been performing the security mission at Bagram since November.

US forces responded to the attack with airstrikes; videos online appear to show an F-16 flying over the base. The video’s authenticity has yet to be confirmed.

The photographs posted by the 455th AEW show members of the 405th Expeditionary Support Squadron clearing a heavily damaged passenger terminal at the base’s airfield. Troops’ living quarters were also damaged, with photographs showing broken windows and even a pillow blown from a service member’s bedroom.

Secretary of State Mike Pompeo addressed the incident in a Dec. 11 press briefing, calling the “coordinated terrorist attack … precisely the kind of activity that we’re working to reduce through the efforts that we’re undertaking.”

“The people of Afghanistan deserve an ends [sic] to these senseless acts of violence,” he said. “The United States stands with the Afghan people, their security forces, and their desire to bring peace and stability to Afghanistan.”