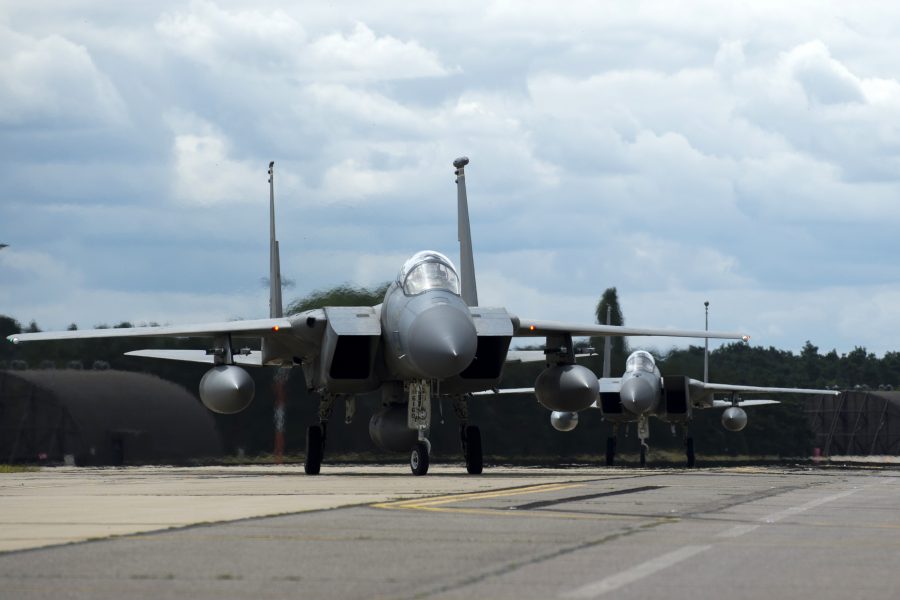 Update: The 48th Fighter Wing released the identity of the deceased pilot on June 16. Read the story here.

A 493rd Fighter Squadron pilot was killed when their F-15C crashed into the North Sea during a routine training mission on June 15, confirmed 48th Fighter Wing Commander Col. Will Marshall.

The pilot’s name has not been released, pending next of kin notification.

“It is with a very heavy heart that I confirm the pilot of the downed F-15C Eagle has been located and confirmed deceased,” he said, calling the pilot’s death “a tragic loss.”

The aircraft crashed about 85 miles off Flamborough Head, on the U.K.’s Yorkshire coast, the British coast guard said on Twitter. The coast guard, which dispatched a helicopter and lifeboats and called for other maritime support to search for the pilot, located F-15C wreckage a few hours before the pilot was recovered.

“We’re extremely grateful for the timely response of our U.K. counterparts in support of these recovery efforts,” 48th Fighter Wing Commander Col. Will Marshall said in the first of two video updates about the situation.

Online flight trackers showed USAF KC-10s and KC-135s, as well as NATO AWACs, flying in the crash area, suggesting they may have participated in efforts to find the Airman and aircraft.

On May 27, the squadron’s F-15Cs participated in a large force employment exercise over the North Sea, as a means to compensate for COVID-19-related exercise cancellations, Air Force Magazine previously reported.

Earlier this year, the 493rd Fighter Squadron won the 2020 Raytheon Trophy in recognition of its 2019 fighter operations, including “a short-notice rapid deployment for combat operations in the Middle East and multiple high-profile training exercises.”