Skip to content
Outgoing Assistant Secretary of the Air Force for acquisition, technology, and logistics Will Roper, shown here at the New York Institute of Technology in March 2019, has accepted the job of CEO with logistics and drone company Volansi. Air Fore photo by Anthony Nelson Jr.
Expand Photo 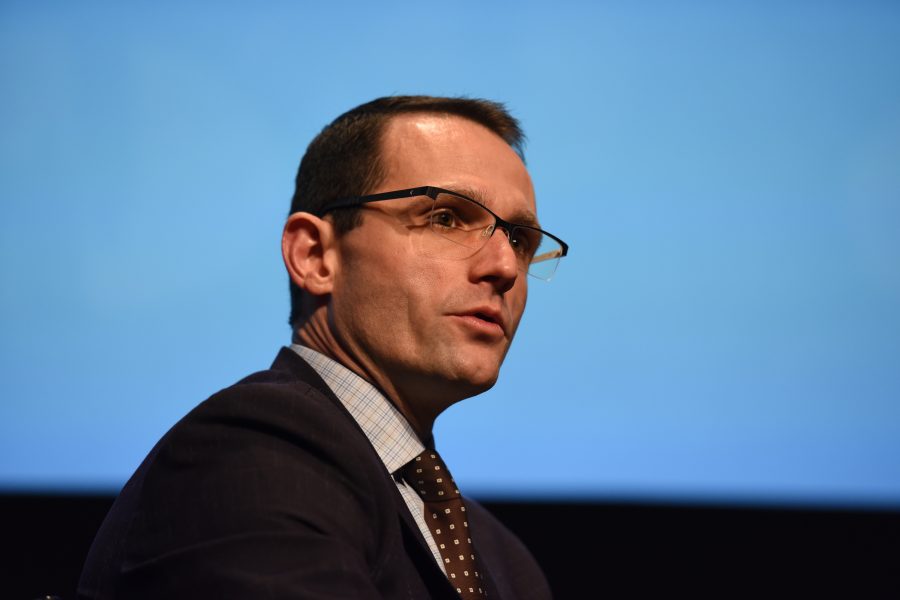 Air Force acquisition boss Will Roper told reporters Jan. 14 he hopes to wrap up at least two final items in his last week on the job: signing a strategy to develop and buy a mini-internet for the military to use in flight, and finishing new guidance on digital engineering to carry that practice into the future.

“What I would like to see get over the goal line would be taking digital engineering to its most fulsome representation in Next-Generation Air Dominance, because it matters for so much more than building a next-generation tactical airplane,” said Roper, who is leaving the Air Force after nearly three years when the Biden administration is sworn in Jan. 20.

Digital engineering refers to the Department of the Air Force’s latest push to embrace computer-centric design and testing to speed up prototyping and spend less money on physical copies of new systems. It’s credited for helping the Air Force build and fly a full-scale experimental aircraft years faster than anticipated, for missions that require more advanced technology than the F-35 Joint Strike Fighter.

“All of our programs are watching NGAD to see how far they can push the digital envelope,” Roper said.

He wants to make software-driven design the norm for all future aircraft, and said every program executive officer in the Space Force has been briefed on how to adopt those practices for satellites as well. The practice will be at the center of Roper’s “Digital Century Series” idea for rolling out small batches of new aircraft every few years as technology advances.

“Digital engineering is one of the biggest things that I’ve seen in eight years. It’s the last thing I owe the Air Force,” Roper said of new guidance to be completed next week. “It’s the reason why I’m still here working around the clock, with a newborn, is to get out the last guidance on digital engineering before I’m not able to talk to the Air Force for a very long time.”

Signing an acquisition strategy for the initiative known as “ReleaseONE,” part of the Advanced Battle Management System, also remains on his plate. That set of tools aims to relay battlefield data and analytics from communications satellites to—at first—mobility aircraft such as tankers that will share potential courses of action with fighter jets and other tactical aircraft in the area. Planes will be able to tap into the same cloud-based server to get data faster, regardless of what coding language their software speaks.

Roper has been a face of ABMS as the Air Force’s top acquisition official spearheading an effort to retire old battle management planes such as the E-8C Joint Surveillance Target Attack Radar System. Instead, he’s advocated for a comprehensive web that can pull combat data from anywhere and share it with any platform for more effective operations. His successor will be charged with bringing the vision to life and defending it to Congress.

Roper hopes the common-sense improvement offered by combat internet and the normalcy of how the program will be run should assuage congressional concerns about the long-term success of the massive ABMS networking project.

“That’ll be a normal program, with a normal baseline and a normal test schedule, a normal everything,” he said of ReleaseONE. “Assuming the Air Force has a good year in 2021, I think Congress and others will open up the aperture more to go faster.”

Roper’s departure next week closes out a chapter of reform in which he urged the services to take more risks in tech development and to build new ties with Silicon Valley and other companies outside of the traditional defense industrial base. He’s also pushed the Air Force to ditch certain platforms in favor of new designs, and to adopt smarter analysis tools for everything from sustainment to intelligence backlogs.

His successor will take on a daunting list of modernization projects spanning nuclear weapons and bombers, a new tanker, wingman drones, and more. But to move the $60 billion acquisition portfolio forward, the Air Force will need to work smarter, not harder.

“There’s enough money to do the modernization objectives, but not if we’re modernizing and having to maintain all of the legacy missions in exactly the same way, too,” Roper said when asked about tradeoffs that the Air Force might have to make in an era of flat budgets.

“We have to be able to find a partnership across all the different stakeholders that are on the ‘board of directors’ of the Air Force,” he said. “If we can find a balancing point where we are aligned in these interests, then I believe we can maintain the legacy mission, but better and cheaper using new technologies, and free up enough funding to do the hypersonics, [NGAD], and [ABMS] that that are important for strategic reasons, not just tactical ones.”