Skip to content
Graduates from the first-ever Accelerated Path to Wings class gather in front of a T-1 Jayhawk aircraft after receiving their pilot wings on March 12, 2021 at Joint Base San Antonio-Randolph, Texas. Accelerated Path to Wings is part of Air Education and Training Command's pilot training transformation program, a two-phase T-1 only pilot training tract. USAF photo by Sean Worrell.
Expand Photo 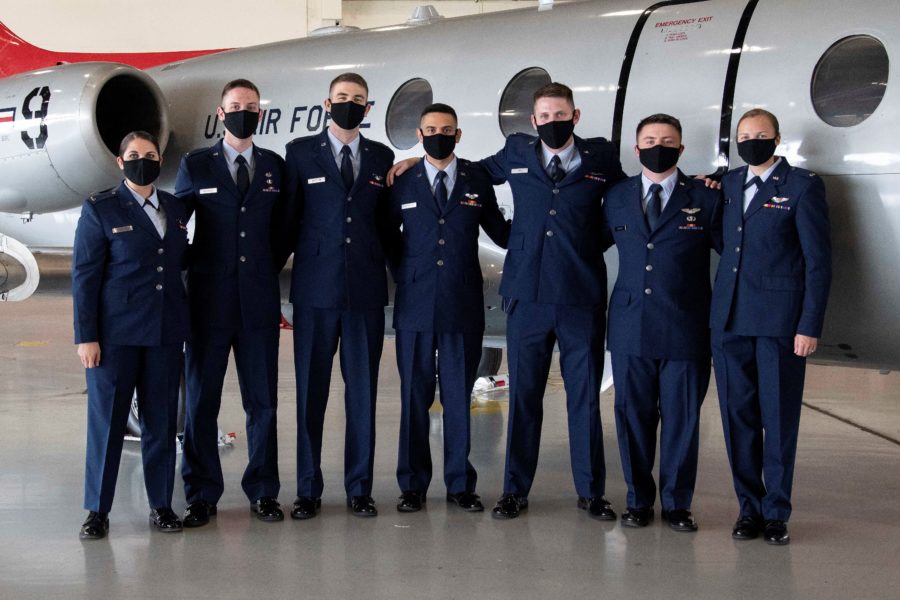 Instead of learning how to fly both the T-6A Texan II and the T-1 Jayhawk like traditional undergraduate pilot training requires, XPW students start with classroom training, then proceed to the 12th Training Squadron’s simulator branch, the release said.

There, students practice flying the Jayhawk until they become “proficient in all the required training that will be carried into the aircraft,” Jack Burns, T-1 Academics & Simulation Branch supervisor, explained in a March 3 video about the program.

“Once they get through a certain level of simulator training, they are now opted to go fly in the T-1 with the 99th [Flying Training Squadron],” he says in the video.

“We had students from various backgrounds, including five who had completed their initial flight training and two who had earned their private pilot’s license,” 99th Flying Training Squadron Commander Lt. Col. Eric Peterson said in the release. “This is a great program for students who want to go fly heavy aircraft in Air Mobility Command, or who want to go fly certain aircraft in special operations or in Air Combat Command.”