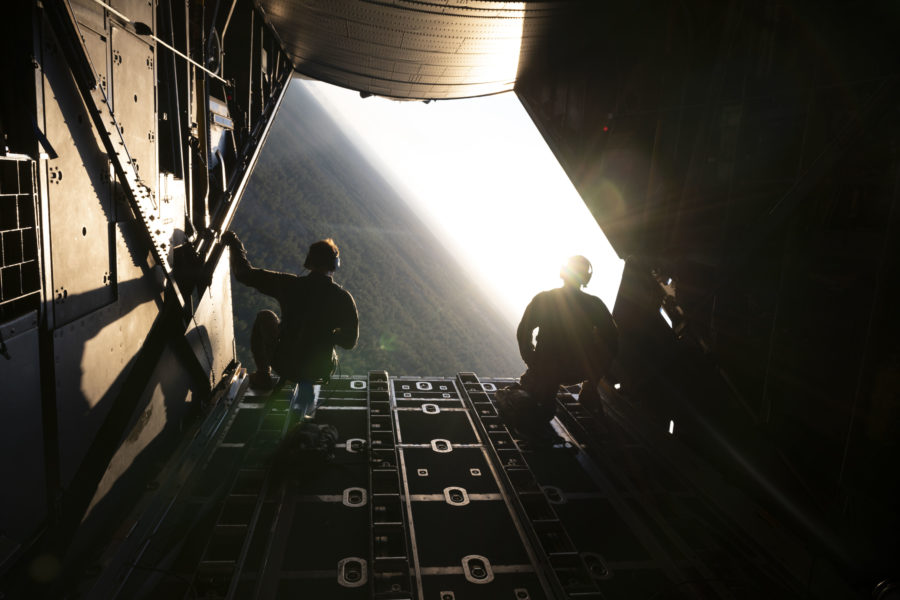 The Air Force unveiled new, interim height standards for Career Enlisted Aviators that will open many of these jobs to more people, in particular women. The temporary standards will remain in place until the Air Force Life Cycle Management Center finishes updating the 1967 anthropometric study on which USAF flight requirements were based for more than half a century.

“The CEA career field, like every Air Force specialty, needs a diverse team of multi-capable Airmen to be able to complete our missions,” said Chief Master Sgt. Erik Thompson, Air Education and Training Command command chief, in a release. “These new height requirements will be instrumental in helping us build that.”

The old Career Enlisted Aviator standard was based on a 1967 study of white males, so it lacked ethnic, racial, and gender diversity. Under those standards, the Air Force says, the U.S. National Center for Health Statistics shows that 43.5 percent of U.S. women aged 20-29 stand 64 inches tall or less. That figure is even higher for minorities: 74 percent of African Americans, 72 percent of Latino Americans, and 61 percent of Asian Americans. By contrast, only 3.7 percent of U.S. men are under 64 inches tall. The result: Most Career Enlisted Aviators are male.

Chief Master Sgt. Philip Leonard, the Air Force’s CEA career field manager, said the former policy doesn’t even make sense, given that most enlisted aviators move about the aircraft during missions and don’t need to worry about whether they can reach controls in the cockpit.

To determine final standards, the AFLCMC study must study all 32 aircraft that CEAs work with, studying roughly one aircraft per month until the fleet-wide evaluation is complete in 2022, according to the release.

“This scientific study will create a true safety standard and open up 10 AFSCs to a larger recruit population,” Leonard said. “Our CEA enterprise will be able to grow more lethal and ready through innovation sponsored by a diverse force.”

The move is one of many that USAF is taking to diversify aircrew.

The department also is re-evaluating “the decades-old Air Force Officer Qualifying Test and the Test of Basic Aviation Skills” to “determine if there are barriers that affect under-represented youth when preparing for and taking the test that could negatively impact them during the pilot candidate selection process.”

This move follows up on a decision last May, when the Air Force removed initial height requirements for pilot applicants. Officials cited that “key change” as essential to improving diversity among rated officers. The standards for pilots previously had been the same as CEAs: between 5’4 and 6’6. They also had to have a sitting height of 34 to 40 inches. Studies showed that those physical requirements disqualified about 44 percent of the U.S. females between the ages of 20 to 29. While the former policy allowed Airmen to apply for waivers—and 87 percent of those were approved from 2015 to 2019—it’s impossible to know how many never even tried.

“Studies have shown that women’s perceptions about being fully qualified for a job makes them less likely to apply, even though there is a waiver option,” said Lt. Col. Jessica Ruttenber, Air Force mobility planner and programmer. Ruttenber is the team leader on the Women’s Initiative Team who led the height standards adjustment effort for pilots. “Modifying the height standard allows the Air Force to accommodate a larger and more diverse rated applicant pool within existing aircraft constraints.”

The Air Force is also trying to reach out to underrepresented portions of the population to give them early exposure to aviation.

Since Air Force Recruiting Service activated its Detachment 1 in October 2018, the unit has met with more than 355,000 attendees, directly monitored 39,000 youth, and is building partnerships with affinity organizations such as the Latino Pilot Association, Organization of Black Aerospace Professionals, and the Women in Aviation International. The department also launched a new initiative in January that encourages general officers to team up with Airmen and Guardians to “inform, influence, and inspire” young people from underrepresented groups.

“We recognize it’s a challenge when some Airmen can’t see themselves in positions of leadership,” AETC boss Lt. Gen. Marshall B. “Brad” Webb said in a different release. “If you can’t see yourself, or someone that looks like you in a leadership position, it’s hard to strive for those positions, and that limits our diversity and effectiveness as leaders.”