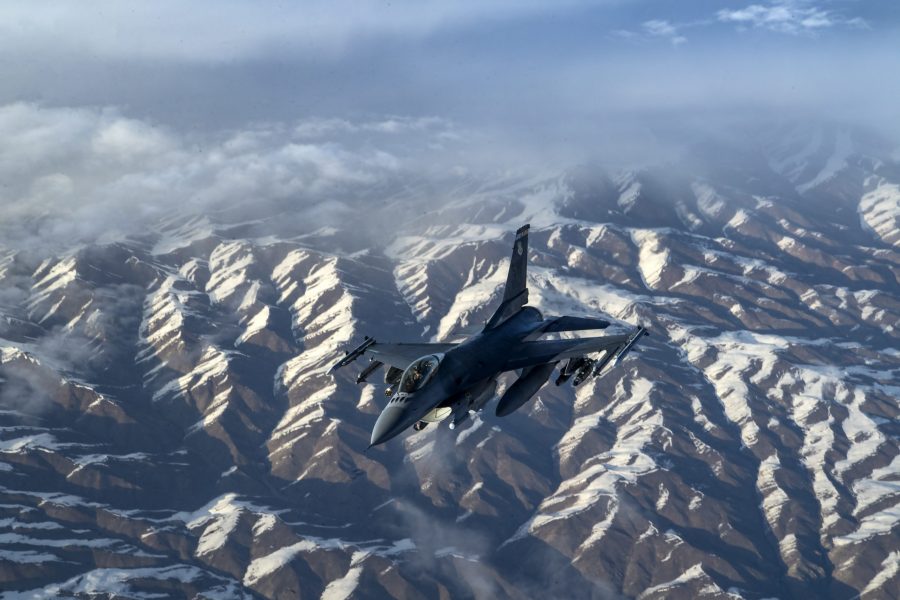 For the first time since the early days of the war in Afghanistan, Air Forces Central Command is not providing a regular update on the number of airstrikes in that theater, or from ongoing operations in Iraq and Syria.

AFCENT, in a statement, said it is not posting the monthly airpower summaries because of a “multiplicity of diplomatic relational concerns, including how the report could adversely impact ongoing discussions with the Taliban regarding Afghanistan peace talks.”

Since at least 2012, the command has posted monthly updates online with the tally of the number of weapons released, as well as the number of mobility and intelligence, surveillance, and reconnaissance sorties. At one time, the command posted more detailed summaries daily.

Since Operation Inherent Resolve began in 2014, AFCENT added monthly sortie and strike totals for coalition aircraft in Iraq and Syria.

The last summary, which was posted in February—the same month as U.S. and Taliban officials announced a deal to end the war—showed a high operational tempo in the country. U.S. aircraft in Afghanistan that month released 360 weapons, the second highest February total in at least 11 years.

Despite the deal, Pentagon officials say the pace of violence remains high in Afghanistan. Defense Secretary Mark Esper said May 4 there “has not been a reduction in violence from the Taliban side,”  though the attacks have solely been on Afghan forces and not U.S. troops. Pentagon spokesman Jonathan Hoffman said May 1 the U.S. will continue to conduct defensive attacks to help Afghan partners.

The decision to stop releasing airstrike data, first reported by CNN, is the latest in a series of steps by U.S. officials to limit the information coming out of the war. The quarterly Special Inspector General for Afghanistan Reconstruction report stated that the U.S.-led Resolute Support mission is no longer reporting the number of Taliban-initiated attacks. Hoffman said the information is not classified, and it could be released in the future.

“The decision was that we’re working toward a better solution and a better place for Afghanistan, and that the sharing of that information would not move that ball forward,” Hoffman said.