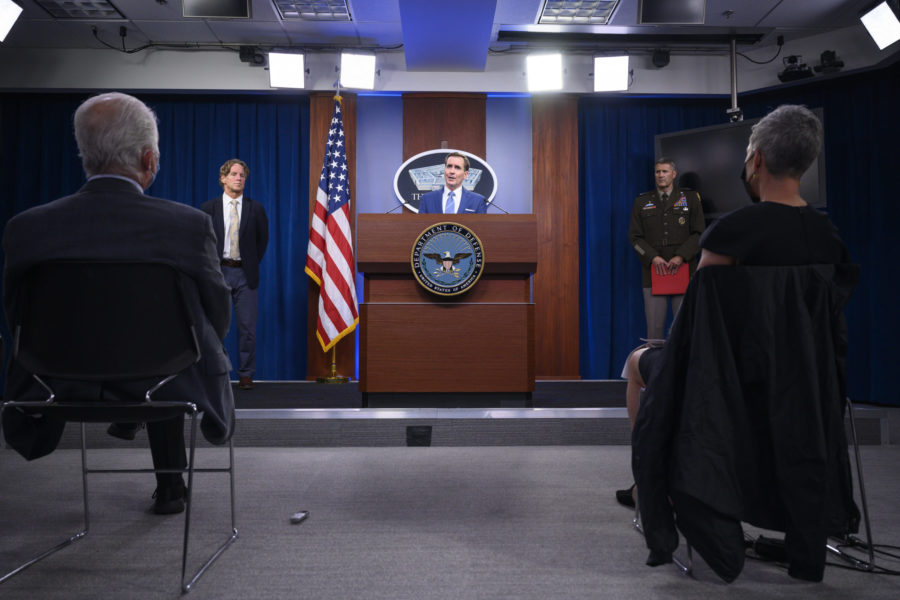 9 C-17s Arrive in Afghanistan to Help with Evacuations

Nine C-17s flowed into Kabul overnight after the international airport opened, carrying in more U.S. troops for security and conducting evacuations of American, Afghan, and other third-country people following a chaotic day at the last U.S.-controlled position in Afghanistan.

“As we speak, we are continuing air operations, and air operations continued throughout the night,” Maj. Gen. William D. “Hank” Taylor, the Joint Staff’s director of operations, said during an Aug. 17 briefing.

The U.S. mission is to maintain the security of the airport, and the Pentagon is deploying more members of the 82nd Airborne so air operations can continue. This includes sending the 82nd’s commander to oversee security, while the overall commander of U.S. forces on the ground coordinates with partner nations to ensure security.

Pentagon spokesman John F. Kirby said local commanders are speaking with Taliban commanders outside the base to ensure there are no additional security incidents. On Aug. 16, U.S. forces shot two individuals “with hostile intent.” Since then, there have not been any other incidents and there have been no threats from the Taliban.

In addition to U.S. C-17s, international aircraft including United Kingdom and Australian C-130s and a French A400M have operated from the airport, according to reports and flight tracking data.

Taylor said if the security situation holds, the goal is to increase U.S. operations to one flight per hour with a goal of evacuating about 5,000 people per day. Kirby said during an earlier appearance on CNN that between 5,000 and 9,000 Americans are in Afghanistan, as well as many thousands more Afghans who worked with the U.S. and NATO. The bulk of these personnel are not at the airport, and neither the Department of Defense nor the Department of State have outlined ways to get them to the airport.

“The military tasks require securing the airfield, something we are absolutely focused on doing,” Taylor said, adding that any information on what’s happening outside the airfield would be coordinated by the State Department.

U.S. Central Command boss Gen. Kenneth F. McKenzie visited the airport Aug. 17 to evaluate the situation and meet with leaders on the ground.

“I saw firsthand our defensive lay down and the work our forces are doing to efficiently operate the airfield while ensuring the safe movement of civilians and diplomats who are leaving Kabul,” McKenzie said in a statement.

The airfield is secure and open to civilian air traffic under visual flight rules, McKenzie said.

NATO Secretary General Jens Stoltenberg, during a separate Aug. 17 briefing, said member nations have committed to flying more aircraft into Kabul to bring their citizens and Afghan partners out.

The “precondition for getting these other Afghans out is, of course, to have the airport up and running,” Stoltenberg said. “Many NATO allies are helping to ensure exactly that.”

Stoltenberg said Afghan forces did not put up enough of a fight against the Taliban, enabling the group to advance more quickly than anyone had predicted and leading to the chaotic security situation on the ground. After the U.S. reached its agreement with the Taliban in early 2020 to withdraw, NATO nations followed suit because the alternative would have been more deployments for an open-ended war.

“When the United States decided to end its presence in Afghanistan, and the U.S. has been responsible for the majority of the Soldiers and has carried the brunt of the burden all the way, there [was] no willingness from other European allies, Canada, other partner nations, to replace or fill in after the United States,” he said.

Editor’s Note: This story was updated at 5:07 p.m. on Aug. 17 to include additional information from U.S. Central Command.