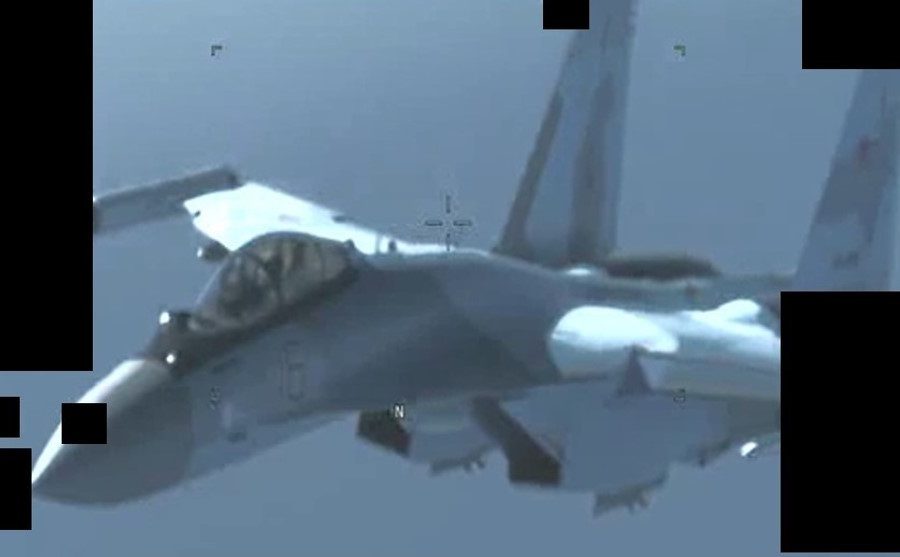 U.S. Africa Command says Russia deployed fighter jets to Libya to provide air support for state-sponsored mercenaries on the ground, and surveillance photographs show Moscow is intentionally hiding the origin of the aircraft.

Images show MiG-29 Fulcrum and Su-24 Fencer aircraft deployed to Al Jufra Air Field in Libya. AFRICOM says the aircraft deployed from a home base in Russia, and then transited through Syria, where they were repainted to hide Russian military insignia. The Libyan Government of National Accord said the fighters were escorted into Libya by Russian Su-35s, but it’s unclear if the Flankers remain in the country.

“Russia is clearly trying to tip the scales in its favor in Libya,” AFRICOM boss Gen. Stephen Townsend said in a release. “Just like I saw them doing in Syria, they are expanding their military footprint in Africa using government-supported mercenary groups like Wagner.”

The Wagner group, U.S. officials have said, is responsible for supporting Syrian forces as well as conducting separatist operations in the Crimea region of Ukraine. The group has been active in Libya, supporting military commander Khalifa Haftar’s offensive against the United Nations-backed Government of National Accord.

The deployment of the aircraft is an escalation in support of the offensive. In early March, AFRICOM said Russian private military contractors likely either provided anti-aircraft equipment or operated it themselves in the downing of a U.S. MQ-1 Grey Eagle in November 2019.

A senior aide to Haftar recently promised the “largest aerial campaign in Libyan history,” threatening Turkish-backed positions in the country, Bloomberg reported. Townsend, in the release, said it is clear now that it “will be Russian mercenary pilots flying Russian-supported aircraft to bomb Libyans.”

USAF Gen. Jeffrey Harrigian, commander of U.S. Air Forces in Europe-Air Forces Africa, said in the release that Russia’s actions show they are progressing to their own strategic goals in the region and not in the best interest of Libya itself.

“If Russia seizes basing on Libya’s coast, the next logical step is they deploy permanent long-range anti-access, area-denial capabilities,” he said. “If that day comes, it will create very real security concerns on Europe’s southern flank.”

The U.S. Air Force has recently worked to send its own messages to Russia and China in Africa, including with the flight of a nuclear-capable B-52 over the Somali coast.

“There’s a message opportunity here, not just to al-Shabab and [violent extremist organizations] on the ground, but more broadly to Russia and China that: ‘Hey, we’re competing with you down here, we’re engaged here, we have high situational awareness as to what’s going on, and we’re going to use this opportunity to demonstrate that to the collective world,’” Harrigian told Air Force Magazine in March.