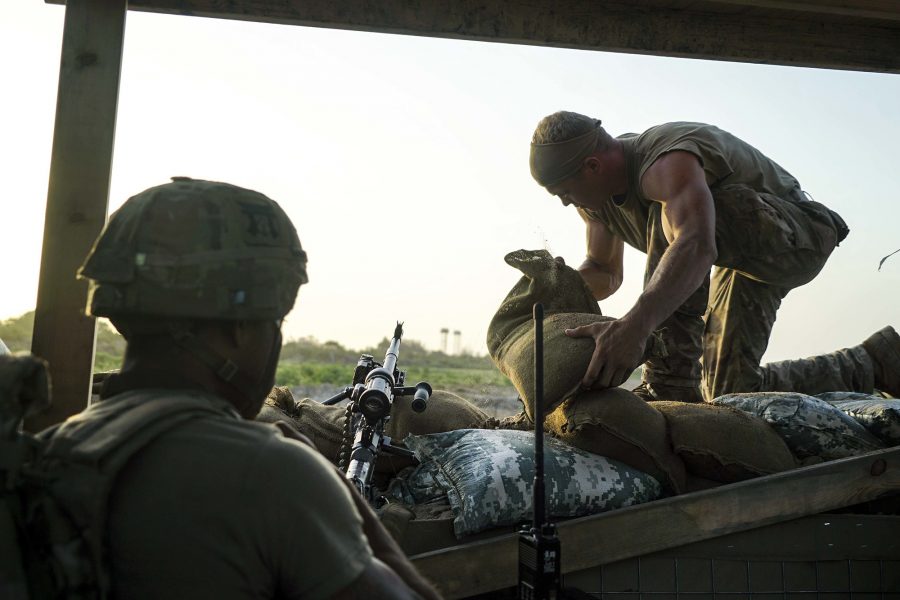 A Feb. 22 precision airstrike in Somalia killed a senior al-Shabab member who planned the Jan. 5 attack on a U.S. base in Kenya that killed three Americans and destroyed six aircraft.

Post-strike assessments showed that in addition to killing the senior al-Shabab leader in charge of planning and directing operations along the Kenya border, the strike also killed his wife, who was a “witting and active member” of the group, U.S. Africa Command said Feb. 25.

“This strike demonstrates that we will continue to relentlessly pursue those responsible for Manda Bay and those wishing to do harm to Americans and our African partners,” AFRICOM boss Gen. Stephen Townsend said in a statement.

During the Jan. 5 attack, al-Shabab fighters breached the perimeter of the Manda Bay airstrip and Camp Simba, and three Americans—U.S. Army Spc. Henry Mayfield Jr. and two contractors—were killed before the fight was repelled.

Townsend said six aircraft were destroyed, though he did not specify the specific airframe types. Reports indicate they were mostly civilian operated.

Immediately following the attack, AFRICOM flew in additional security to “harden its operating location” and pursue the attackers.

Townsend told lawmakers last month the base, which is home to the 475th Expeditionary Air Base Squadron, was not prepared for the attack. The location was generally considered safe at the time, but now AFRICOM is “putting in the appropriate level of defenses,” Townsend said.