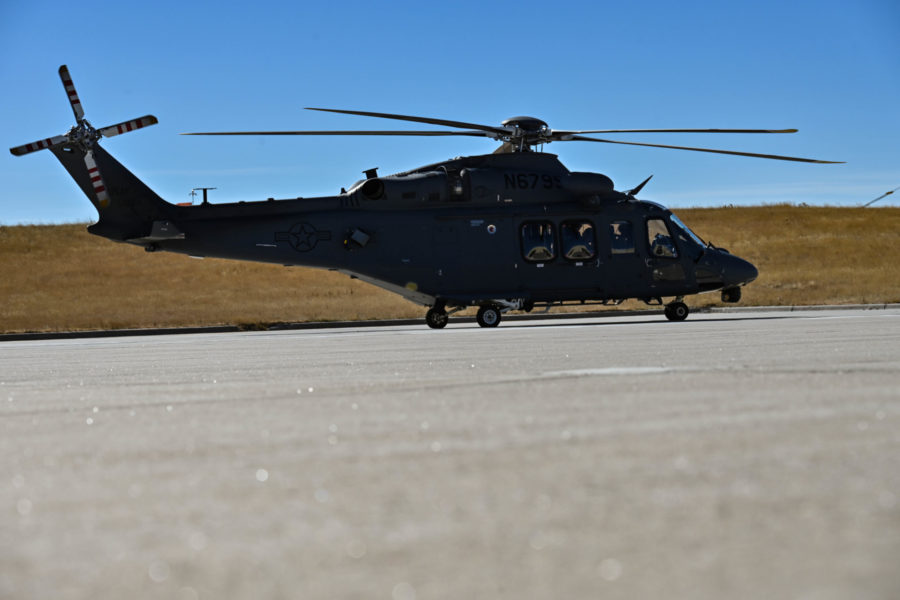 The Air Force first announced flight testing of the Grey Wolf, intended to patrol the service’s sprawling intercontinental ballistic missile fields, in February 2020, and the service was hoping to declare initial operating capability by 2021.

Those plans were delayed, however, when the helicopter ran into trouble getting Federal Aviation Administration (FAA) certification. As a result, the Air Force’s planned purchase of eight helicopters in fiscal 2021 was delayed, and the buy in fiscal 2022 was skipped completely, the service announced in June 2021.

“We have actually completed our first three subtype certifications as of last week,” Lask said. “So one, two, and three are all done, which clears our way to start that military utility testing we talked about in the past, where we exercise our military capabilities that we put on this aircraft, so it’s no longer an AW139—it’s an MH-139.”

That testing will begin this month, Lask said, expressing optimism that the program is starting to make progress again.

It’s an optimism the Air Force has backed up with budget plans to buy five of the helicopters in 2023 and 80 in total, a figure that is largely in line with the 84 initially planned. The service has also announced its selection of Joint Base Andrews, Md., as the fourth location to receive the Grey Wolf, after Malmstrom Air Force Base, Mont., Minot Air Force Base, N.D., and F.E. Warren Air Force Base, Wyo.

Still, a recent Government Accountability Office report faulted contractor Boeing for “overstating the stability of the design” of the helicopter and warned that the company “has not submitted some contractually required data on time.” On top of that, the GAO report states that “given the design instability, there are risks that later design changes could result in significant rework of aircraft already in production and retrofit of aircraft already delivered.”