Skip to content
Attorney General William Barr appears at a Jan. 13, 2019, press conference about the findings of the FBI's investigation into the Dec. 6, 2019, shooting at NAS Pensacola, Fla. Justice Department video screenshot via YouTube.
Expand Photo 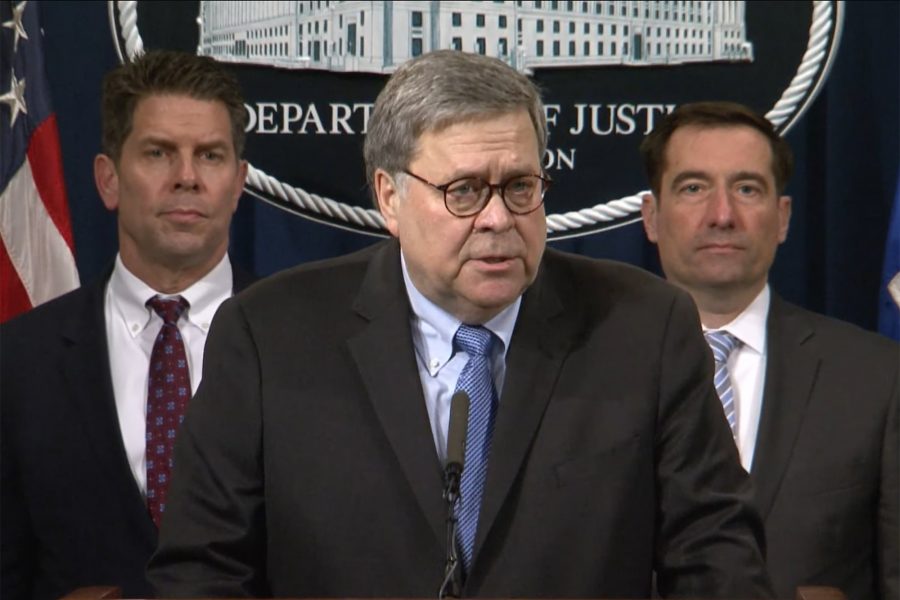 US Attorney General William Barr on Jan. 13 declared the Dec. 6, 2019, shooting at NAS Pensacola, Fla., “an act of terrorism.” Three US Navy sailors were killed in the attack and eight more Americans were “severely wounded.”

Although the FBI’s investigation has determined the shooter acted alone, Saudi Arabia is immediately recalling 21 of its military service members, citing actions “unbecoming an officer” in its air force and naval ranks, Barr said at a joint Justice Department-FBI press conference in Washington, D.C.

The investigation—which Bowdich said involved interviews with over 500 people, including Alshamrani’s “friends, classmates, and associates, ” plus witnesses and NAS Pensacola personnel—has yet failed to uncover evidence that members of the Saudi military either knew about the attack ahead of time or assisted him with it in any way, Barr said. The Air Force Office of Special Investigations was one of the FBI’s partners on the investigation, Bowdich said.

Barr also dispelled “early reports” that suggested Alshamrani showed up at the scene of the shooting with other Saudi cadets in tow who later filmed part of the attack. He clarified that Alshamrani “entered the building” by himself, “cased the facility,” and then “proceeded to walk around shooting down his unarmed victims in cold blood.”

“The other Saudi cadets happened to be in the area, and after the attack began, they took some videos of the resulting commotion around the building,” Barr said. “They fully cooperated in the investigation, as did all other Saudi cadets who were interviewed by the FBI at the base and in other bases around the country.”

However, Barr said, 21 Saudi cadets training in the US were found to be in possession of “derogatory material” that fell into one of two categories: “social media containing some jihadi or anti-American content” or “some kind of contact with child pornography,” Barr said. Some cadets, he noted, were guilty of possessing both. No evidence linked the other Saudi cadets to “any affiliation or involvement with any terrorist activity or group,” Barr said.

“The relevant US attorney’s offices independently reviewed each of the 21 cases involving derogatory information and determined that none of them would, in the normal course, result in federal prosecution,” Barr said. “However, the kingdom of Saudi Arabia determined that this material demonstrated conduct unbecoming an officer in the Royal Saudi Air Force and in the Royal Navy, and the 21 cadets have been disenrolled from their training curriculum in the US military and will be returning to Saudi Arabia later today.”

Saudi Arabia is slated to consider each case under its own military justice and criminal codes, Barr said. The kingdom has also promised the US “full access” to any parties it wants to interview within its borders, and to return any of the recalled cadets to the US for trial if it decides to bring charges against them at a later date.

Barr praised Saudi Arabia’s “complete and total support to our counter-terrorism investigation,” calling it “critical” to assisting the FBI in figuring out if Alshamrani acted alone.

He also underscored the importance of keeping America’s partnerships with foreign militaries front-of-mind when thinking about the current case.

“In considering this case, we have to remember that there are thousands of allied pilots and other military personnel receiving training on military bases throughout the United States,” he said. “These military partnerships are critically important to the United States.  The Royal Saudi Air Force, which flies American-made aircraft, is an important military partner, and has long had a training relationship with us.”