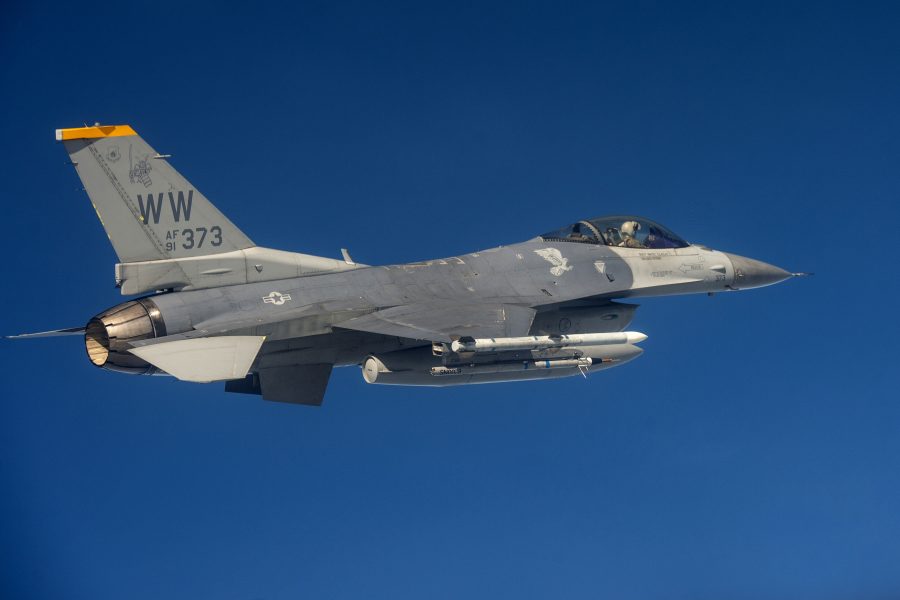 AIB: Inert Bomb Dropped on Private Property Near Misawa Due to Pilot Error

An F-16 pilot mistakenly dropped an inert bomb on private property near Misawa Air Base, Japan, in November because of a communication failure, according to a recently released Pacific Air Forces investigation into the incident.

On Nov. 6, 2019, an F-16 with the 14th Fighter Squadron was flying a suppression of enemy air defense upgrade training sortie at the Draughon Range north of the base. As part of the mission, the F-16 was loaded with an inert GBU-12 bomb that was to be dropped if the mission and weather allowed.

During the sortie, the F-16 twice attempted to drop the weapon on a target at the range, but scattered clouds obscured the target. After primary training was completed, the pilot made one more attempt to drop the bomb, using the “buddy lase” method, where two other aircraft participating in the sortie provided final guidance for the bomb after it was dropped, according to the investigation.

While on the attack run, the F-16 pilot asked for and received the targeting coordinates. He then selected “symbology” on the targeting system, which he believed corresponded with the correct coordinates, but it was actually about 3.4 miles from the intended target, the report states.

The pilot dropped the bomb, without confirming the coordinates were correct, and it landed on private property outside the range near Lake Ogawara. There were no injuries or significant damage to private property.

The Accident Investigation Board report states the incident was caused by pilot error and a failure to properly communicate with the other aircraft targeting the bomb. Additionally, changing weather, targeting technical error, and “channelized attention” contributed to the incident.

The 35th Fighter Wing temporarily stopped employing munitions at the range, impounded the aircraft, and grounded the pilot. The pilot was disqualified, but has since been retrained. Other pilots also have been briefed on the mishap, so they will not also make the same mistakes. The wing’s training program was investigated as part of the AIB process, and found to be sufficient.