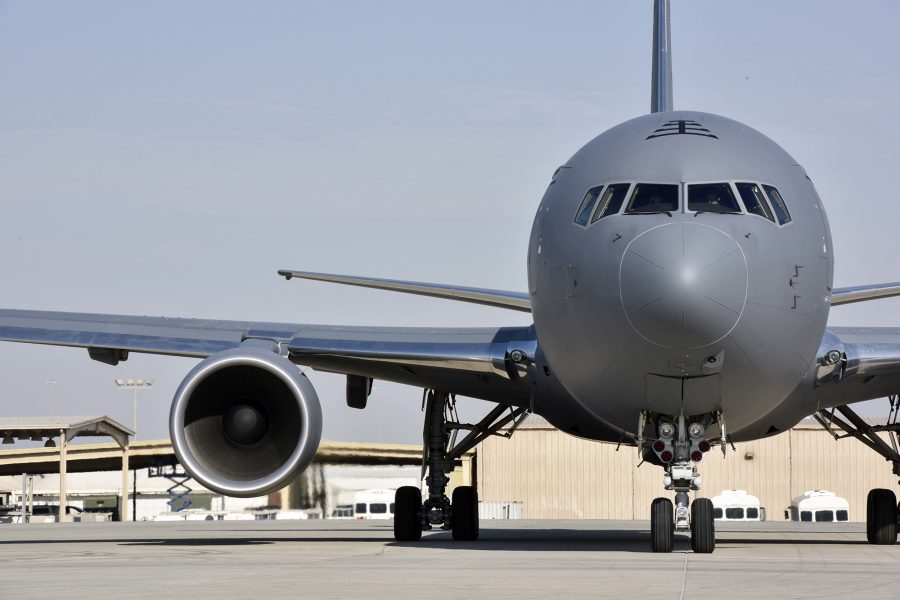 The Air Force wants to retire 29 legacy tankers, even though the KC-46 is years away from operational capability.

“The bottom line is: To try ensure we have the capabilities we’re going to need in the future, we’re going to have to take some risk,” Maj. Gen. John Pletcher, the Air Force deputy assistant secretary for budget, said in a Feb. 10 briefing. “We can’t continue to fund everything … that we have in our force today without eventually having to make some tough choices, so this budget does that.”

The Air Force’s budget request calls for retiring 16 KC-10 Extenders from the Active Duty fleet, eight KC-135s from the Active Duty, and five KC-135s from the Reserve. These tankers will be the oldest and least capable, according to the Air Force. At the same time, the service plans to spend about $2.85 billion on 15 new KC-46s, along with $24 million in modifications and $106.3 million in research, development, test, and evaluation.

The KC-46 fleet has been plagued by problems, especially with its Remote Vision System, which links the boom operator to the refueling system. Air Force leaders have said the problems with the RVS and Boeing’s slow progress toward fixing it means the KC-46 will not be deployable for at least three years.

The budget is an about face from the Air Force’s plans less than a year ago.

“We can’t retire [legacy tankers] until we have an airplane that’s combat capable,” Air Force Chief of Staff Gen. David Goldfein said in September 2019. At the time, he said the service was in “brutal, honest discussions” with Boeing “to make sure what they deliver is fully combat capable.”

U.S. Transportation Command boss Army Gen. Stephen Lyons said last month his command was working to retain 28 KC-135s, to ensure it has “continuous coverage for the joint force as we work through the issues” with the Pegasus, and Air Mobility Command boss Gen. Maryanne Miller has said she wants to keep even more of the aircraft around.

“I’d love to slow down the retirement because I have to keep booms in the air,” Miller said.

Pletcher said Feb. 10 that although the KC-46s will not be fully mission capable, they will meet the 479-tail requirement while USAF continues the evaluation process.

“Even though we don’t have full capability on the KC-46, it allows us to continue to do the testing we want to do so when we complete the fixes on those tankers we’re fully able to make those fully mission capable and get started immediately,” he said.

Editor’s note: This story has been updated to reflect the correct number of tankers impacted in the budget request.