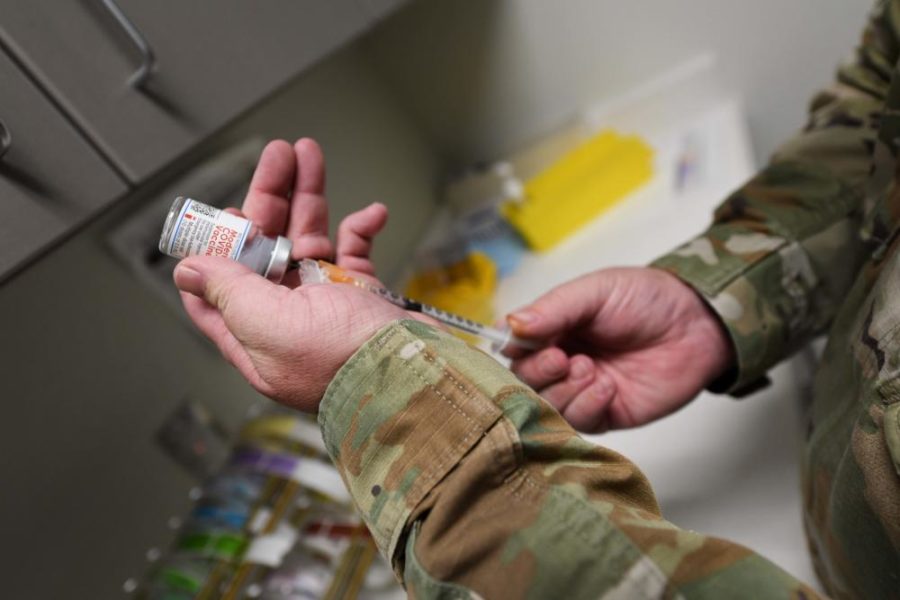 The Department of the Air Force discharged 27 service members for refusing to get the COVID-19 vaccine, marking the first known instance of military personnel being kicked out of the service for failing to follow Defense Secretary Lloyd J. Austin III’s order that all service members receive the vaccine.

An Air Force spokeswoman confirmed the discharges to Air Force Magazine on Dec. 14, saying all of those discharged were Active-duty members, but the exact breakdown between Airmen and Guardians was not immediately known.

The number of those discharged is almost certain to grow—when the department’s first-in-the-military deadline of Nov. 2 passed, 800 Airmen and Guardians were recorded as refusing the vaccine. Since then, the number of refusers has grown past 1,000 in the Active duty, and includes 3,234 across the total force.

This first wave of discharges includes Airmen and Guardians for whom the separation process was the most straightforward. None of those discharged sought a religious or medical exemption, the Air Force confirmed—if they had, they would have been considered in compliance with the vaccine mandate while their request was pending. And the majority were in their first term of enlistment—Airmen who have six or more years of service, as well as those who are noncommissioned officers or who are being discharged under anything less than honorable conditions, have the right to a hearing by an administrative discharge board.

Those discharged were counseled on the benefits of the vaccine, and their commanders were allowed to impose punishments short of separation, an Air Force spokeswoman said. In the end, however, they continued to refuse the vaccine, disobeying a lawful order.

On Dec. 7, the Air Force released its procedure for dealing with vaccine refusers, giving those who refuse and are denied an exemption five days to either start the vaccination process, file an appeal, or request to separate or retire. Those who still refuse “will be subject to the initiation of administrative discharge,” according to the memo signed by Air Force Secretary Frank Kendall.

The vast majority of Airmen and Guardians have followed the order to get the vaccine—the department’s most recent data show 97.3 percent of the Active-duty force and 95.4 percent of the total force are at least partially vaccinated, with roughly another 1 percent currently holding medical or administrative exemptions.

On Nov. 1, the Air Force announced that it had discharged nearly 40 basic military and technical trainees for refusing the COVID-19 vaccine. Unlike the 27 Active-duty members discharged, though, those individuals were recruits and not yet members of the military, an Air Force spokeswoman said.