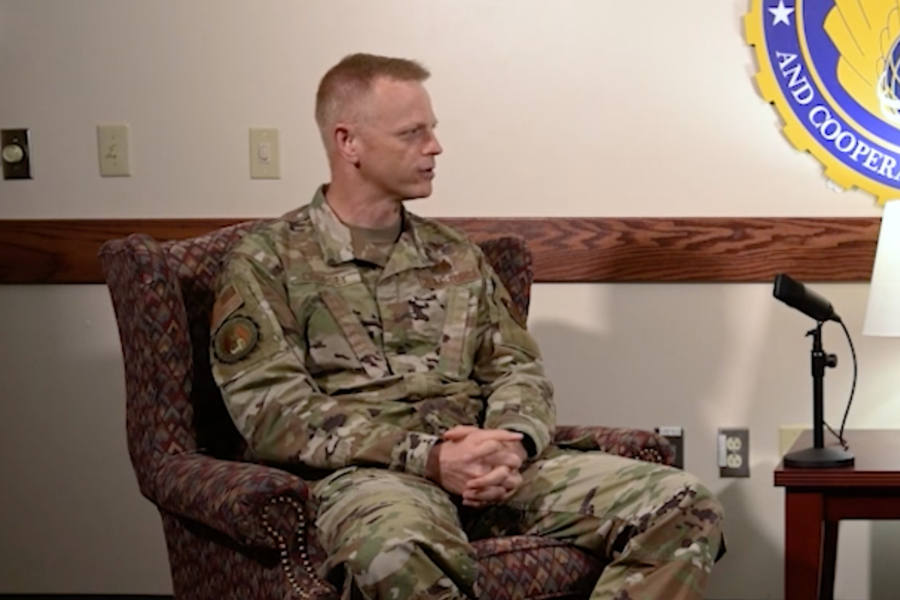 DAYTON, Ohio—With a new policy in hand, the Air Force’s Foreign Military Sales enterprise is looking to go beyond selling USAF systems to allies and partner nations—and instead to help them develop their own capabilities.

Such an approach, deemed “non-program of record acquisitions,” is part of a larger shift in FMS toward more and earlier integration with other countries, Brig. Gen. Luke Cropsey, director of the Air Force security assistance and cooperation directorate, told reporters at the Life Cycle Industry Days conference.

“Over the last decade, in particular, we’ve seen a significant shift to partners not only wanting to get in earlier, but in a lot of cases, actually wanting to get into doing platforms or designs that we aren’t flying,” Cropsey said.

In the past, “we typically didn’t sell weapons systems to foreign partners until after Milestone C, when we had basically a production capability up and running, and we had already gone through all of our wickets, testing and everything else, so that we had a good, stable product that we knew that we were going to be able to provide,” Cropsey said. And when it came to systems that the Air Force wasn’t producing for itself, there was little, if any, way to help.

But now, with the new “non-program of record acquisition” policy—implemented in the past year—Cropsey and his team are able to “pull in a foreign partner nation’s money from a funding perspective and marry that up with somebody else’s money and actually form a collective program around those shared requirements,” he said.

While there have been other ways for partners to work with the Air Force to develop new systems and capabilities, such as international agreements, Cropsey noted that being able to do so through Foreign Military Sales will create more opportunities for more countries.

“The fact that we’ve now added that capability from a policy perspective into what we’re capable of doing in the FMS portfolio, I think is a big benefit to our partners, because the FMS side of this business is by far the the larger … when it comes to the number of countries that we have involved and the size of the dollars associated with it,” Cropsey said.

The most high-profile example of this new policy to date has been L3Harris’ electronic warfare suite for the F-16, called Viper Shield. While the U.S. Air Force has chosen Northrop Grumman to equip its F-16s with the Integrated Viper Electronic Warfare Suite, USAF and Lockheed Martin selected Viper Shield to go on the F-16V, designed solely for FMS.

Air Force Chief of Staff Gen. Charles Q. Brown Jr. made reference to Viper Shield in a speech in July at the Global Air and Space Chiefs’ Conference in London, saying the process “brought together partners from the Indo-Pacific, Europe, the Middle East, and Africa.”

But still more can be done, Brown said, as he laid out his vision for “Integrated by Design,” a process by which the Air Force will “start with allies and partners in mind versus building U.S. first, then adapting to include allies and partners.”

A key portion of integration by design, Brown stressed, is Foreign Military Sales, and in bilateral talks with allies, he said he has frequently heard that the U.S. must improve its FMS.

“I will tell you, this is something we are working on,” Brown pledged.

And even beyond non-program of record acquisitions, there will be other ways for the enterprise to innovate, he indicated.

“There are opportunities to leverage or change existing policies to enable us to work together to align investments, capabilities, and approaches, so together, we can optimize our innovation and industrial capacities,” Brown said. “And together, we should look deeper at our capability development and export policies to see where we can either open up or change policies to better align efforts.”