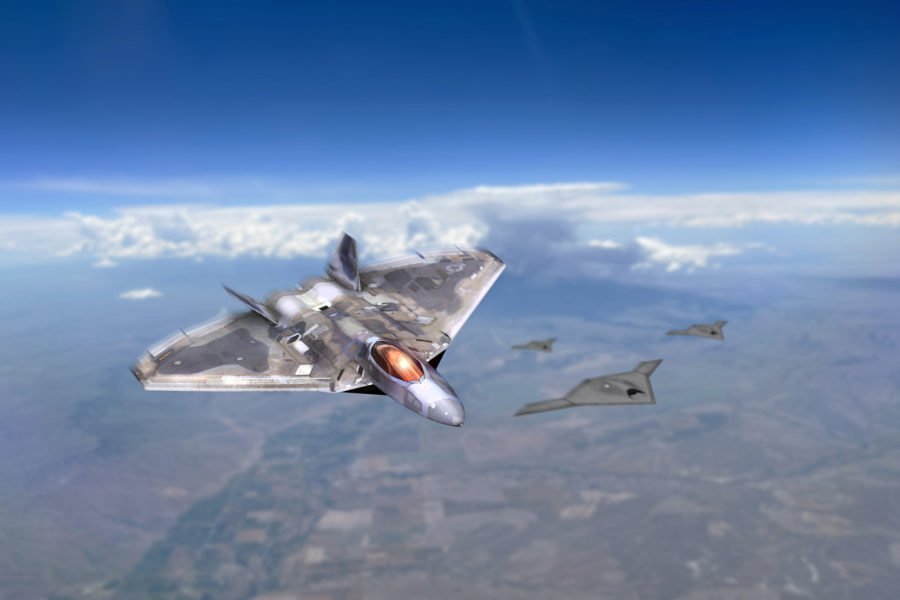 That engine will come from the lesser-known Next Generation Adaptive Propulsion program, which is still in its preliminary stages, John Sneden, director of the Air Force Life Cycle Management Center’s propulsion directorate, told reporters at the Life Cycle Industry Days conference.

On that front, things are going well, Sneden said, with a key milestone coming in the near future.

“Right now, the program is doing very well, [with] preliminary designs coming through later this year. And as we take next steps, we will see prototyping and testing in the years to come,” he said.

The two engine-makers that are part of AETP—GE Aviation and Pratt & Whitney—are also taking part in NGAP. And with preliminary designs coming, the Air Force is poised to make a call between the two in about two years, Sneden said—sometime in late 2024.

“Their approach to AETP is slightly different, [with] different technical solutions, one for GE, one for Pratt & Whitney,” Sneden said. “We’re seeing the same thing on NGAP.”

“There’s two unique technology approaches, and that’s important,” added Matthew Meininger, the propulsion directorate official in charge of NGAP. “We want that to be a hard decision. … It’s resource constrained in FY [2024]. So at this point, based on the resources that are there, we have to make a hard decision to pick one moving forward.”

As a program, NGAP has reportedly existed for several years now, but its funding was not separated out from AETP in budget documents until fiscal 2021, making it a mostly secretive effort. And despite the associations between the two programs, Sneden stressed that the engines to come out of NGAP will not be the same ones from AETP.

“This program does leverage off the technology that we’ve done in AETP, but it is a brand-new system beyond what you see in AETP. So [it’s] different in design,” he said.

So where does that leave the two engines built as part of the Adaptive Engine Transition Program—GE’s XA100 and Pratt & Whitney’s XA101? According to Sneden, that’s a question that will be answered by the Office of the Secretary of Defense when it decides whether it wants to pursue putting AETP engines on the F-35.

Such a question has been hotly debated in Congress, within the Pentagon, and among industry as of late—GE is pushing for the XA100 engine to be put on the F-35A and F-35C, while Pratt & Whitney, which makes the F-35’s current F135 engine, has argued that the service should instead opt for a smaller “block upgrade” it is calling the F135 Enhanced Engine Package.

Part of Pratt & Whitney’s argument has been that the AETP engines were not designed to fit on the short-take-off-and-vertical-landing F-35B, and the Joint Program Office has stated that any partner in the program that wants to make its own modifications has to bear that cost alone.

All the same, Sneden argued that the cost would be justified by the increased performance.

That increased performance would take the form of 25 percent increased fuel efficiency, 10 percent more thrust, and 100 percent better thermal management, Sneden said. GE officials have cited those same figures in arguing for the XA100, but Sneden clarified that those totals could also be achieved with Pratt & Whitney’s XA101.

Should OSD decide to proceed with putting the AETP engines on the F-35, the Air Force Life Cycle Management Center would be ready to move the program into a engineering and manufacturing development phase by 2024 that would “likely be five to six years” and include flight testing, Sneden said. All told, the engine could start being put on F-35s by the end of the decade.

Should Pentagon leaders decide to stick with the F135, however, the AETP engines’ future would be uncertain at best.

The program was “built around the requirements for the F-35,” Sneden said. “So it’s not something that we kind of ported over and said, ‘Oh, you know, we could potentially go use this for F-35. It was actually developed specifically for the F-35.”

That stands in contrast to previous indications from the Air Force that the AETP engines would be the ones to power the future NGAD fighter. Now, Sneden said, the advanced propulsion industrial base faces a pivotal moment: If AETP doesn’t result in an engine going into production and only one engine is selected for the NGAP program in 2024, competition will dry up, he argued.

“If we end up with one vendor there and we don’t move forward with AETP, that vendor could actually get us into a place where we have essentially a reduced advanced propulsion industrial base,” Sneden said. “So we are concerned about it.”