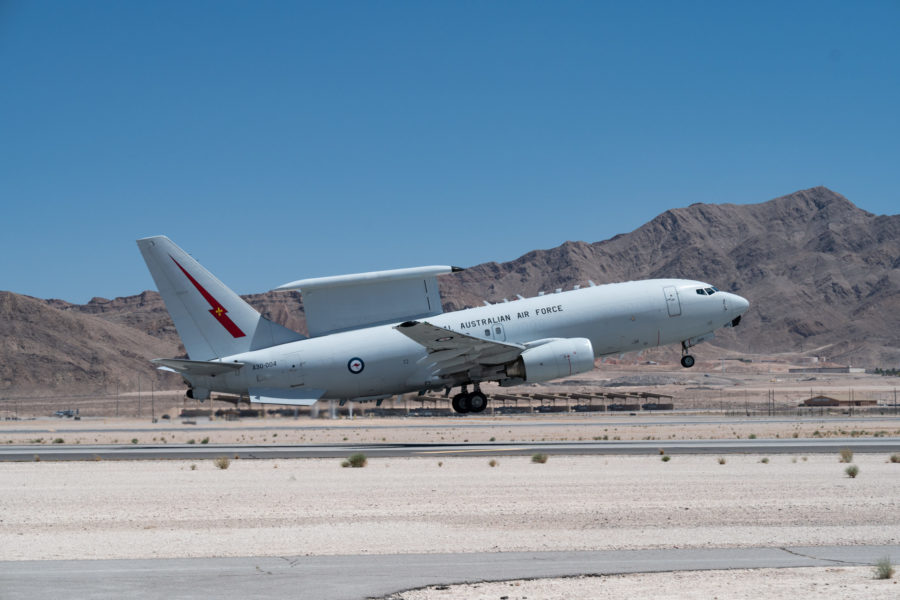 With concerns growing that Congress will once again fail to pass a spending bill in time for the start of the new fiscal year, one Air Force program in particular could suffer—the E-7 Wedgetail.

While it’s likely that lawmakers would pass a continuing resolution to keep the Pentagon and the rest of the government open if they don’t meet their Sept. 31 deadline, spending would be frozen at fiscal 2022 levels. And that typically prevents new start programs from getting underway.

While the Air Force announced in April that it will buy the Wedgetail to replace its aging Airborne Warning and Control System fleet, it hasn’t finalized a contract award with the aircraft’s manufacturer, Boeing. Under a CR, that usually wouldn’t be possible.

At the same time, the Air Force is facing pressure to get the E-7 ready to fly as quickly as possible to close any gap in intelligence, surveillance, and reconnaissance capabilities left by the aging E-3 Sentries as they head to the Boneyard. At the moment, the first rapid prototype of the E-7 is scheduled to be delivered by 2027.

Looking to get ahead of any potential problems, the Air Force has submitted an above threshold reprogramming request, seeking to take a limited amount of funding from fiscal 2022 to speed up the contracting process and get the Wedgetail program officially started.

Such a request needs to go through several layers in the Pentagon before also getting approval from the Armed Services and Appropriations committees in both the Senate and the House.

“That is intended to provide us some flexibility, if approved. But right now our best schedule is showing a contract award in February [2023]. We are actively working that right now,” Steven Wert, program executive officer for the digital directorate, told reporters at the Life Cycle Industry Days conference.

That February timeline could shift slightly if the request is approved.

“That new start reprogramming would give us the flexibility to potentially speed it up somewhat. It’s not going to be a dramatic speed-up, but we’re doing everything we can,” Wert said.

In addition to the reprogramming request, the PEO is also seeking an “anomaly” to any CR that is passed that would allow the Wedgetail program to start as quickly as possible.

Once the program is officially started, there are other ways the Air Force can compress the Wedgetail’s timeline to fielding, Wert suggested. The United Kingdom is currently buying three E-7s to replace its own AWACS fleet, and the aircraft is expected to be in service by 2023.

The Air Force conducting tests for a new airframe on another nation’s aircraft would underscore the deep relationship between USAF and the Royal Air Force. And it could also serve a purpose for the RAF as well. Wert noted that the British “would like a few more [E-7s] as well,” and testing new capabilities for the U.S. could aid that push.

The U.K. isn’t the only other country interested in buying the Wedgetail, added Wert. Other nations have expressed “a lot of interest,” he claimed, mentioning one in particular—Saudi Arabia. The Royal Saudi Air Force currently operates a fleet of AWACS.