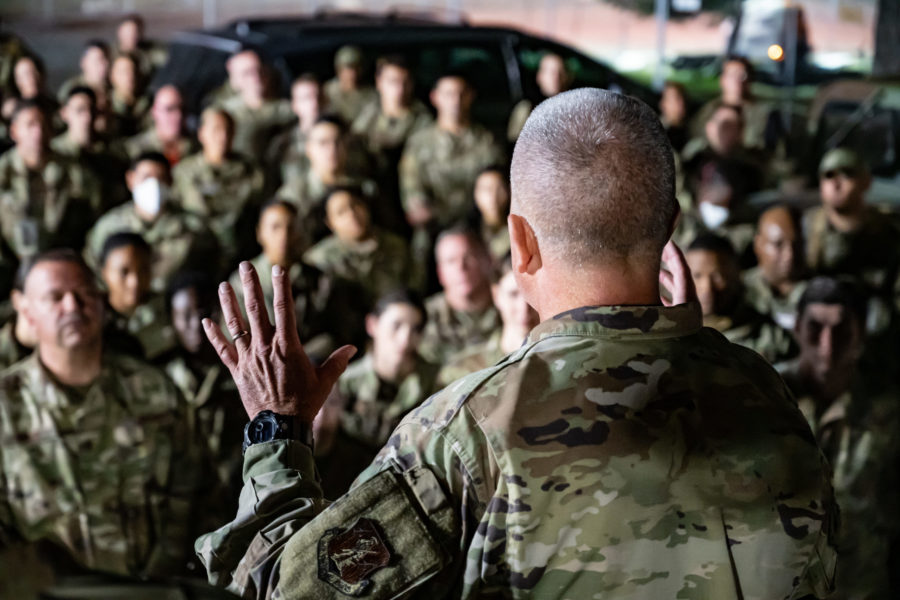 The Air Force on Jan. 12 released a new Enlisted Force Development Action Plan that outlines 28 force development objectives to be completed over the next two years. The objectives are aimed at better preparing Airmen to compete and win in a high-end fight against China or Russia.

The Air Force is in the process of overhauling its talent management system to include a new force development strategy expected to be released this summer, said Chief Master Sgt. of the Air Force JoAnne S. Bass and Chief of Staff Gen. Charles Q. Brown Jr. during a recent virtual “Coffee Talk.”

The action plan outlines core focus areas, each with multiple objectives to help the Air Force accomplish its goals. The plan also includes a timeline for when each objective is to be completed, with the first round due in April and the last in December 2023; as well as identifies the entity responsible for making sure the task gets done.

Each of the objectives support at least one of Brown’s four previously released Action Orders—Airmen, Bureaucracy, Competition, and Design Implementation.

“Currently, we employ an enlisted force development system that was predominantly built in the 1900s,” wrote Bass and Brown in a letter to Air Force leaders. “While effective for the needs of yesterday’s Airmen, it does not meet the needs of today’s Wingmen, Leaders, and Warriors.”

The enlisted force makes up 75 percent of the Air Force’s military personnel. The action plan emphasizes that Airmen are the Air Force’s greatest asset, and the service must continue to invest in them and empower them through “career-long” education and training.

The goal is “to produce motivated, resilient, adaptable, agile, and multi-capable Airmen who fight and excel in Air Force, Joint, Interagency, Intergovernmental, Multinational, and most importantly … contested environments,” states the plan.

That’s a lofty goal, which Brown acknowledges cannot be accomplished overnight, but he said it’s imperative the service start now.

“This is about ACTION … not talk,” wrote the two leaders. “We cannot do this all at once. We will not wait to begin.”