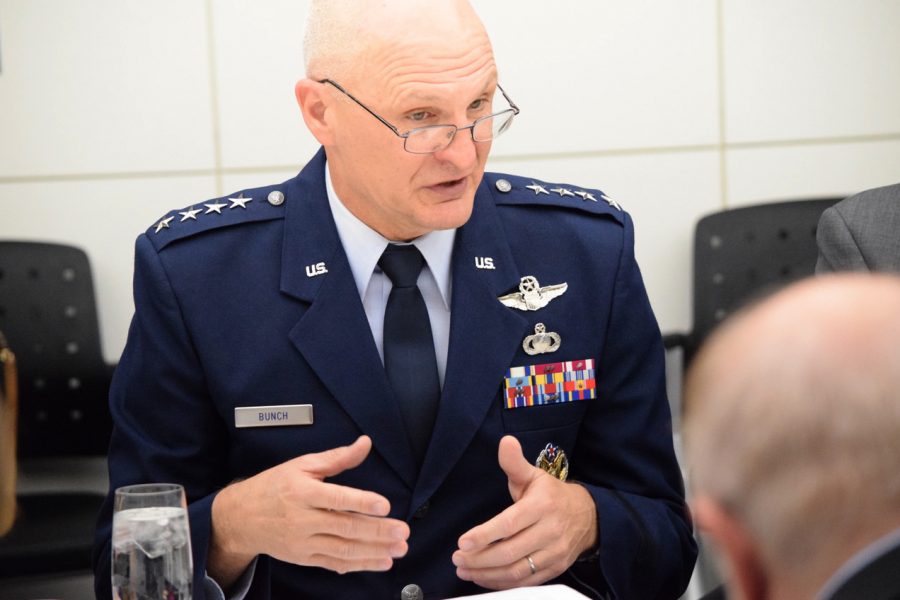 “We did get some money taken away, and we weren’t able to do everything exactly the way we expected to do last year,” Bunch told reporters during a virtual June 4 Defense Writers Group. This drove the Air Force to cancel one of its demonstration events, he said.

The Air Force will “look at … putting out more of these increments in a regular battle rhythm, so we’re more integrated together and we share that information in a more timely manner, and we’re pushing more things out to the field quicker,” he said. The first increment will be a communications gateway that can roll onto a KC-46 tanker and provide “additional situational awareness for the KC-46, and others, but link-in the F-22 and F-35 [with] data sharing, and create that bridge so we can share and communicate better.”

Bunch did not directly explain why the amount planned to be requested had been reduced or whether he felt the ABMS program is “struggling.”

The desire to put out better-defined increments more quickly was behind designating the Rapid Capabilities Office as the “integrating” program executive office, Bunch explained. “We’ve picked the first increment and now they’re working with the KC-46 office mobility and training Program Executive Office to get that to happen,” he said.

The Air Force will also do better at “outlining what we’re doing and pushing increments out,” he said. The service will continue to do ABMS experimentation—what the service until recently called “on-ramps”—to “look at the art of the possible” for capabilities that will be included in future increments, Bunch said. The new increments will be fielded more regularly than they have been.

Overall, “I think we looked at how we were putting it out in the field and we restructured our timelines there, to make it more effective, and deliver more capability in a regular pattern,” he said.