Skip to content
A C-130J Super Hercules assigned to the 314 Airlift Wing flies over Little Rock Air Force Base, Ark., on June 1, 2020. While training combat-minded aircrew is the main mission of the 314th Airlift Wing, members of the 62nd Airlift Squadron accepted the task of transporting the students, in addition to their normal duties. Air Force photo by Airman 1st Class Jayden Ford.
Expand Photo 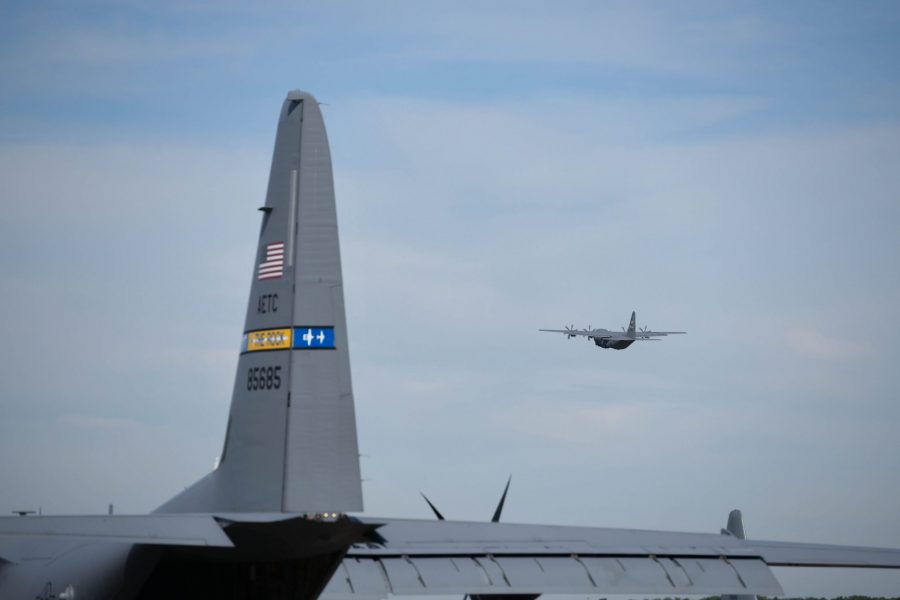 The 62nd Airlift Squadron is using its C-130J Super Hercules aircraft to safely fly hundreds of Air Education and Training Command students between training locations to lower their risk of exposure to the novel coronavirus while continuing their studies, according to a recent 19th Airlift Wing release.

“The Air Force’s readiness is dependent upon AETC’s students completing training,” Lt. Col. Shane Saum, the squadron’s operations director, said in the release. “You only have a finite number of days in the year paired with a finite number of classes to push these Airmen through. If these students don’t get moved from point A to point B, they can’t start the next phase of their training, which can cause a major clog in the pipeline.”

Prior to the pandemic, AETC students typically took commercial flights to reach training facilities across the southern half of the U.S., according to the release. The command recently expanded Basic Military Training to Keesler Air Force Base, Miss., in addition to the regular location at Joint Base San Antonio-Lackland, Texas, to continue preparing newcomers for military service during the coronavirus pandemic.

Minimizing students’ contact with others, donning masks, sanitizing aircraft before and after flights, implementing pre- and post-flight student quarantines, and conducting pre-flight medical checks gives USAF more control of the situation than it would have if students walked through commercial airports, Saum said in the release.

The emergency mission is also helping the squadron’s pilots stay in the air during the pandemic, and gives instructor pilots a chance to become familiar with the C-130J’s Block 8.1 upgrade before students start using it in training.

Block 8.1 improves the plane’s GPS, communications systems, and friend-or-foe identification of other aircraft, and standardizes its aviation systems so it can connect more easily with other military software, according to the Air Force. The update also brings the C-130J into compliance with air traffic management regulations.

The squadron, which is part of the 314th Airlift Wing at Little Rock Air Force Base, Ark., is carrying out emergency airlift operations on top of its regular taskings.

Cicchetto said two more student transports are scheduled so far, and the airlifters expect to continue those flights until commercial air travel returns to normal.