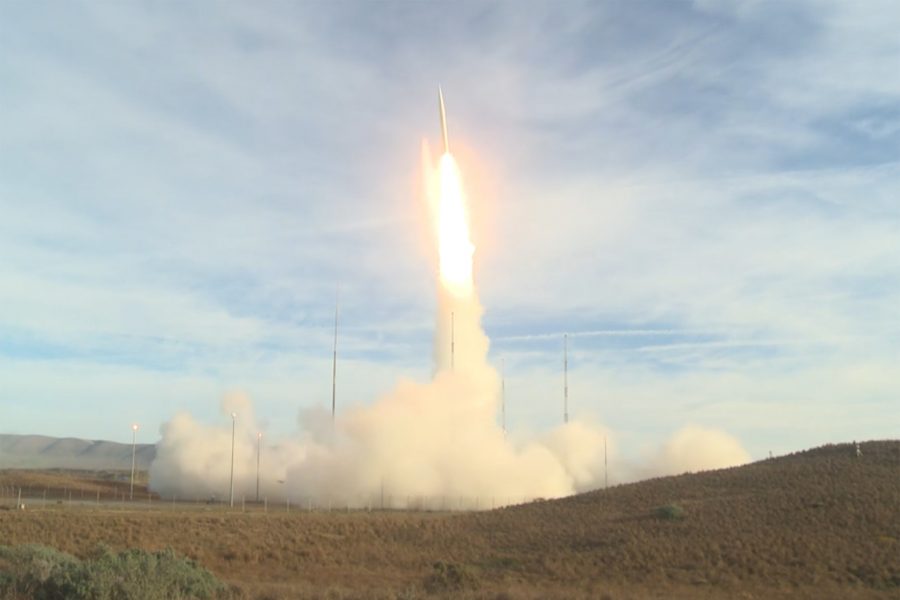 The Air Force and the Strategic Capabilities Office on Dec. 12 tested a prototype version of a conventional, ground-launched, intermediate-range ballistic missile at Vandenberg AFB, Calif.

The Air Force launched the new missile at 8:30 a.m. Pacific time. It “exited its static launch stand and terminated in the open ocean” after flying for more than 500 kilometers, according to a Defense Department statement.

The test is the latest step in the development of new intermediate-range capabilities, the Pentagon said. It follows the August test of an intermediate-range, ground-based cruise missile from a mobile launcher at San Nicolas Island, Calif., which came after the US decided to withdraw from the Intermediate-Range Nuclear Forces Treaty the same month.

“Data collected and lessons learned from this test will inform the Department of Defense’s development of future intermediate-range capabilities,” the Pentagon said.

The prototypes used in the tests could eventually carry a nuclear warhead.

“What we’ve been working on over the past several months is some research and development work for what could become a non-INF-compliant weapon system, should we get to [that] point. So, we’ve postured ourselves for this possibility that we may find ourselves at a point in the near future where we’re not obligated by the INF Treaty,” Vice Adm. Dave Kriete, deputy commander of US Strategic Command, told reporters July 31. “That’s just prudent military planning.”