Skip to content
The T-50A is shown during its first flight on June 2, 2016. Lockheed Martin photo via Flickr.
Expand Photo 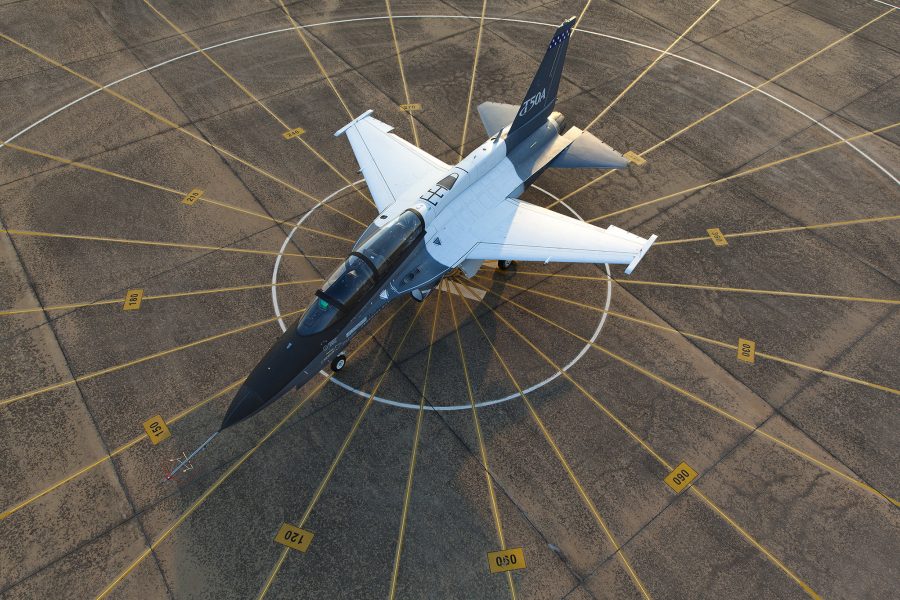 The Air Force is planning to lease between four and eight T-50A trainers made by Lockheed Martin and Korea Aerospace Industries to teach pilots fighter skills, ahead of beginning training in new Boeing T-7A Red Hawks, The Korea Herald reported.

The T-50A was the T-7A’s top competitor in the T-X contest won by Boeing in September 2018. The first T-7As are expected to arrive in squadron strength in 2023.

According to the Herald, the jets will be sold to Hillwood Aviation, which will then lease the aircraft to the Air Force. The aircraft will teach pilots “tactical skills” before beginning formal training in the T-7A, the paper said. It based its reporting on information contained in a General Services Administration notice and Air Combat Command.

The publication quoted a KAI official as saying the move shows that although the T-50A was not chosen by the Air Force, the jet is “already operational and being exported.”

The pricing for the jets is being negotiated, the paper said. The jets are to provide 3,000 sorties, or 4,500 flight hours, over five years.

Air Combat Command and Air Education and Training Command could not immediately be reached for comment.