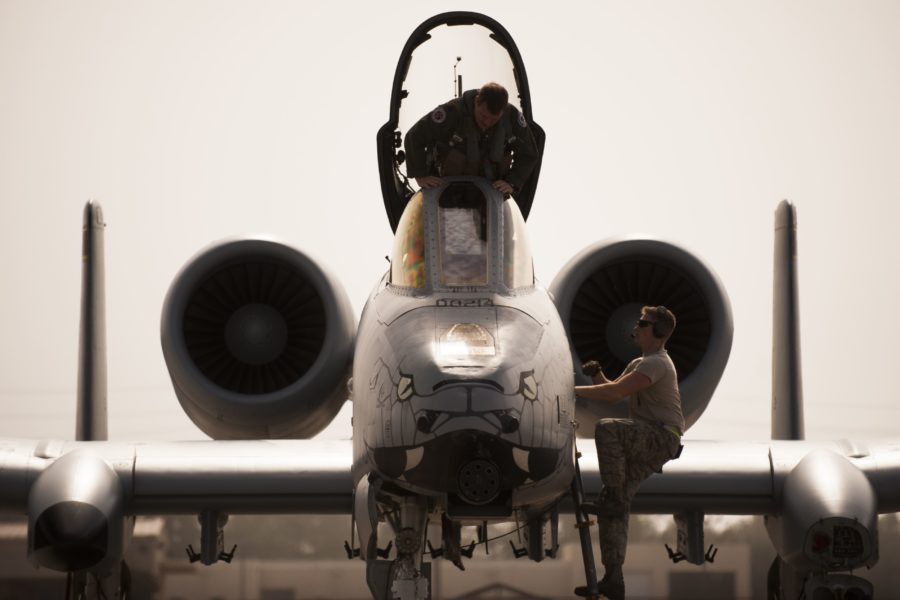 The Air Force’s plan to cut 42 A-10 Warthogs in fiscal 2022 targets Davis-Monthan Air Force Base, Ariz., and the Indiana Air National Guard. Those wings would lose Warthogs, but they would pick up new missions.

USAF wants to cut the Warthog fleet by 22 percent, from 281 aircraft to 218, in order to gain money and manpower for other needs. Even after the cut, however, A-10s would still outnumber F-22s, ensuring the close-air support jet will still be there if needed into the 2030s. Beyond that, USAF officials believe the Warthog will no longer be viable.

Retiring 63 A-10s over the next two years “frees up nearly a thousand Airmen, maintainers, and operators that we can then transition into future platforms, specifically the F-35,” said Lt. Gen. David S. Nahom, the deputy chief of staff of the Air Force for plans and programs, during a June 22 Senate Armed Services airland subcommittee hearing. “As we look at the F-35, we are having resource issues, mostly with manpower… We have to start replacing some platforms.”

The first retirements will come at the 122nd Fighter Wing at Fort Wayne, Indiana, and the 355th Wing at Davis-Monthan Air Force Base, Ariz. Under the plan, the 122nd FW’s 163rd Fighter Squadron will convert back to F-16s, which the Indiana Guard unit flew before transferring to the A-10 in 2010. Since then, the “Blacksnakes,” with their signature snake nose art, have been active, deploying several times to the Middle East.

The Air Force said Davis-Monthan would lose one operational A-10 squadron, with plans for the follow-on mission there still in the works.

The Air Force aims to come down from nine operational squadrons to seven and keep one “full-up” operational squadron at Osan Air Base, South Korea, Nahom said. Back home, there will be three Air National Guard squadrons, two Active duty, and one Reserve. Those squadrons would be “in a rotation,” he said, enabling the Air Force to always have at least one A-10 squadron available to combatant commanders.