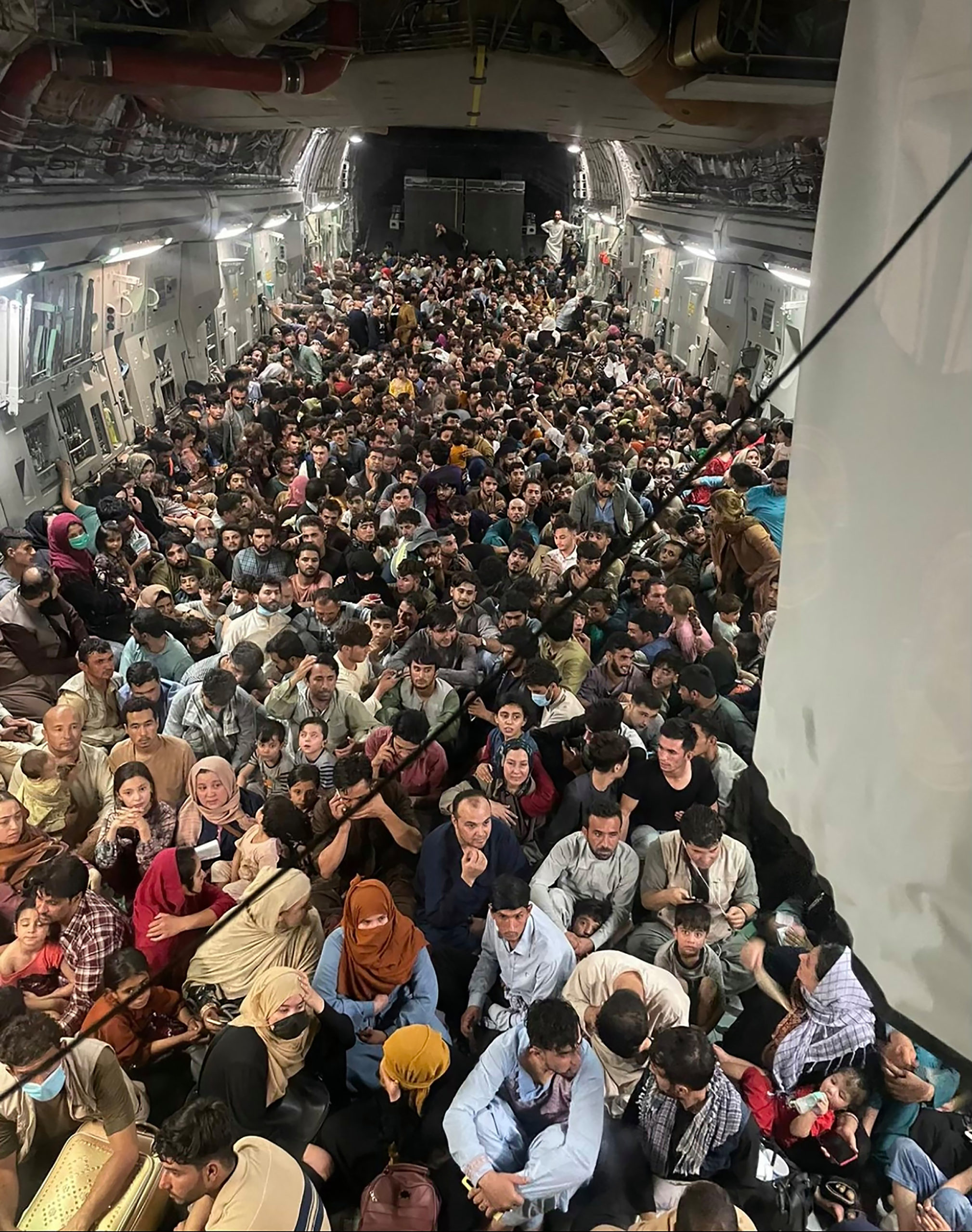 Six weeks after the United States pulled out of Bagram Air Base, it’s home in Afghanistan for nearly 20 years, the Afghan government collapsed. Taliban fighters seized control of Kabul, causing panic in the streets and at Hamid Karzai International Airport in Kabul, where thousands fled in hopes of a ticket out of their country. This Air Force C-17 Globemaster III transported about 823 Afghan citizens (the total was a record for the C-17) from Hamid Karzai
International Airport Aug. 15, 2021.