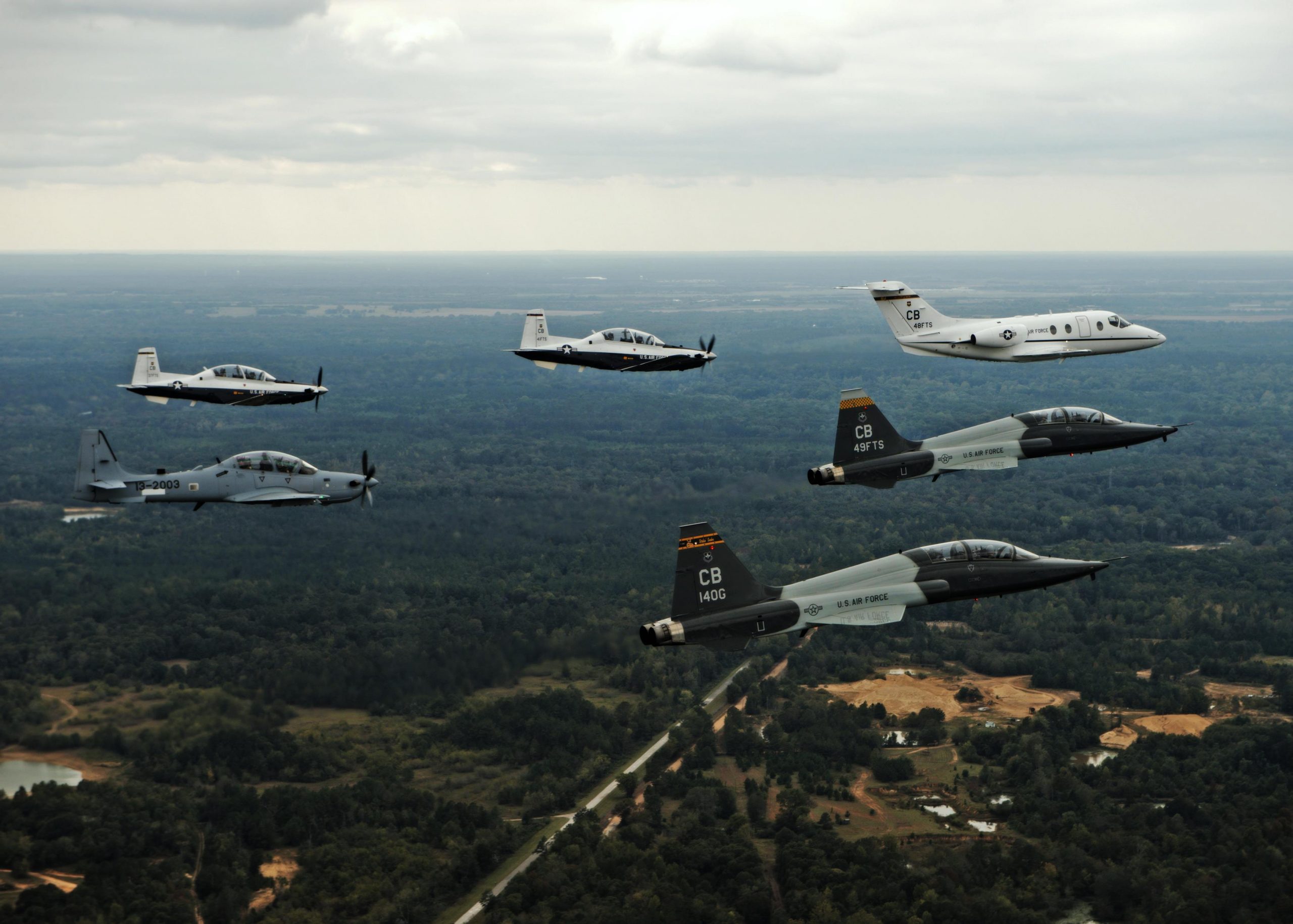 An aircraft from each of the 14th Flying Training Wing flying squadrons were represented in a dissimilar formation in the vicinity of Columbus AFB, Miss., Oct.1, 2015. The formation was led by the T-1A Jayhawk and flanked by two T-6A Texan II aircraft on its left, two T-38C Talon aircraft on its right, and followed by the A-29 Super Tucano behind it.