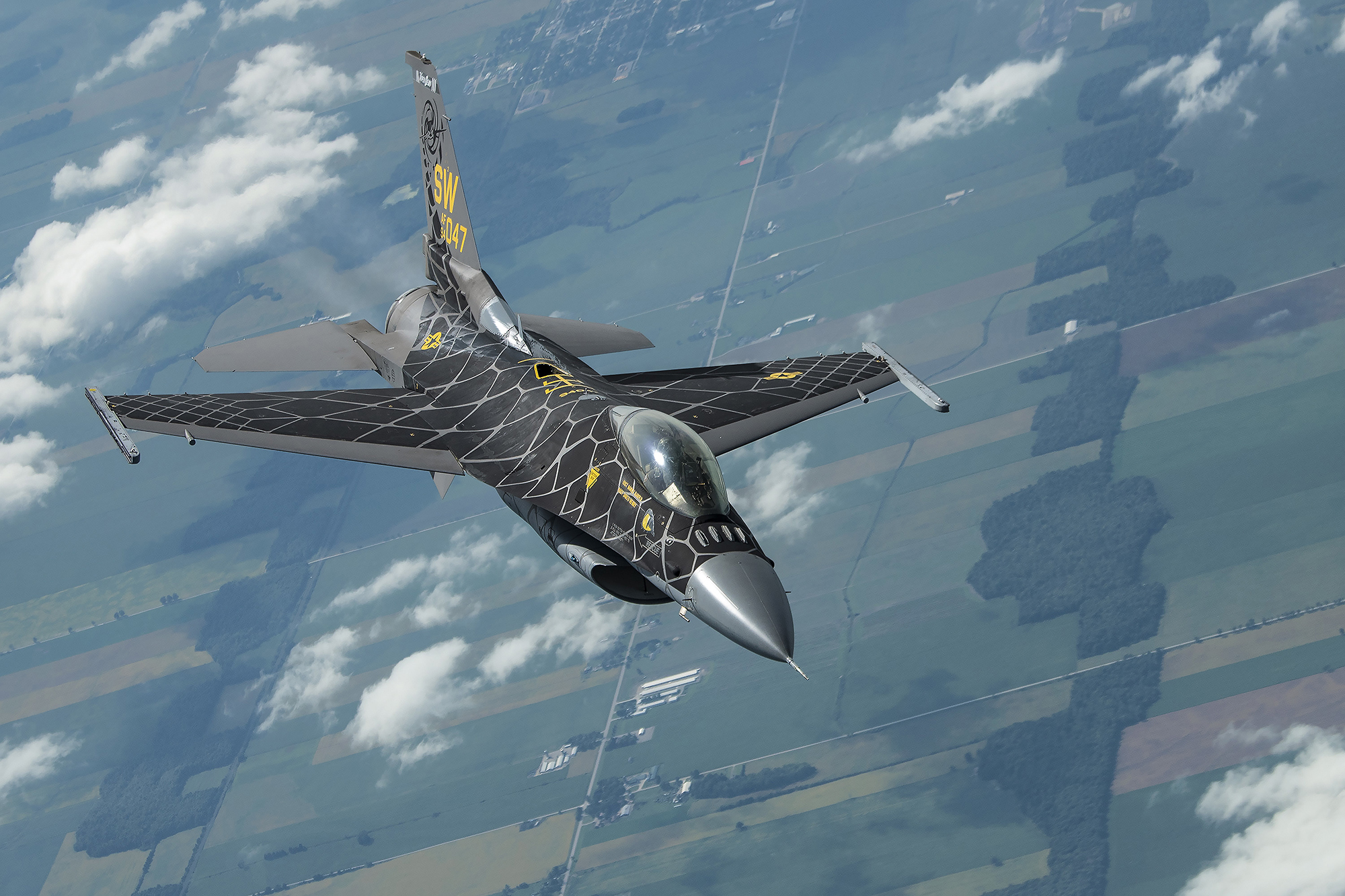 An F-16 Fighting Falcon with the Air Combat Command F-16 Viper Demonstration Team at Shaw Air Force Base, S. C., flies alongside a KC-135 Stratotanker from the 121st Air Refueling Wing, Columbus, Ohio, after being refueled near London, Ontario. The F-16 was part of a demonstration team at Airshow London.