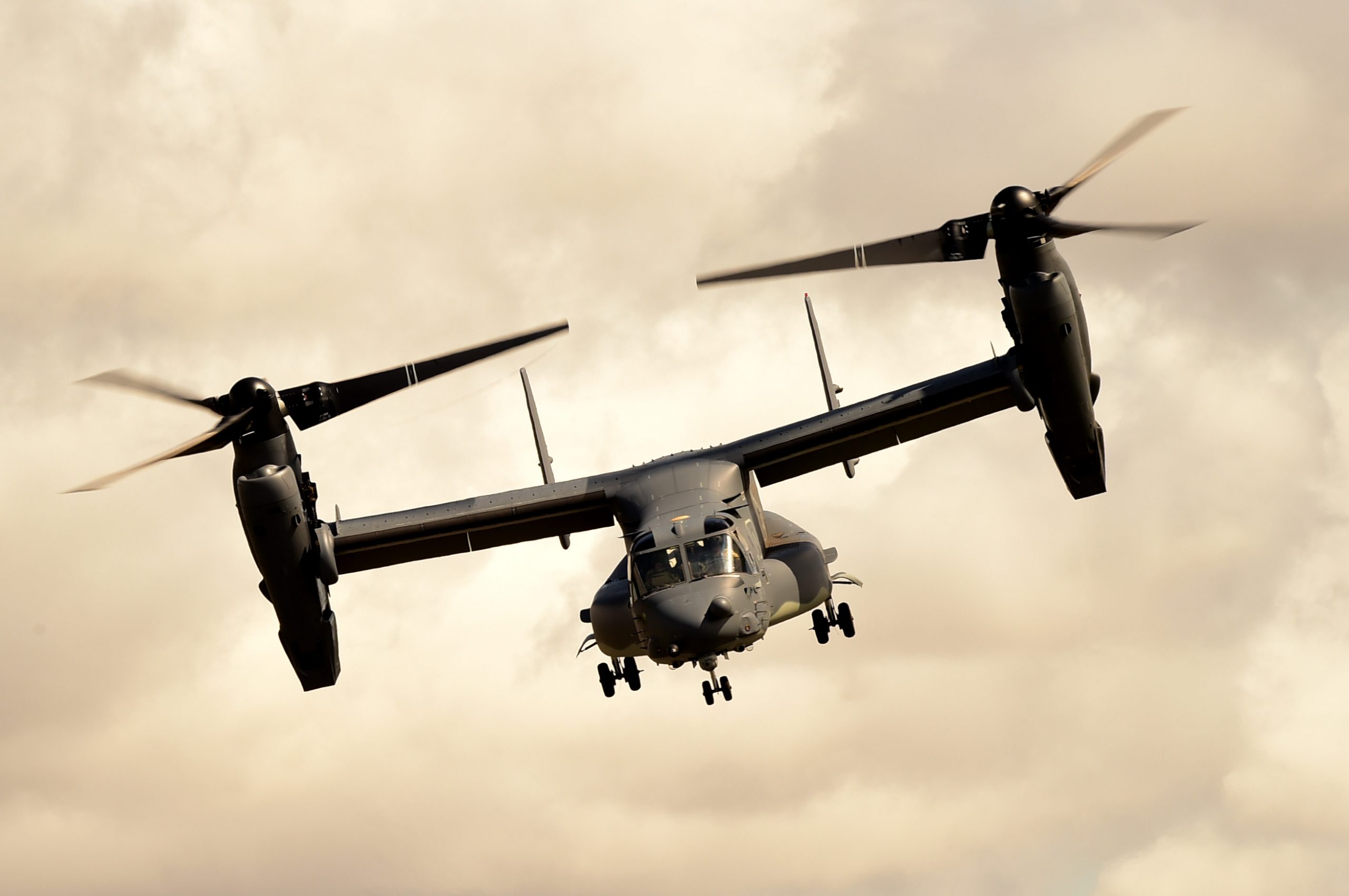 A CV-22B Osprey assigned to the 7th Special Operations Squadron at RAF Mildenhall, UK, performs an aerial display of its capabilities during the Royal International Air Tattoo at RAF Fairford, UK, on July 19, 2015. The US participation in RIAT highlighted the strength of America's commitment to the security of NATO and its allies.