Skip to content
A C-17 Globemaster III assigned to the 305th Air Mobility Wing is parked on the flight line at Joint Base McGuire-Dix-Lakehurst, N.J., April 5, 2020. The C-17 can perform tactical airlift and airdrop missions and can transport litters and ambulatory patients during aeromedical evacuations. U.S. Air Force photo by Maj. Brian Wagner.
Expand Photo 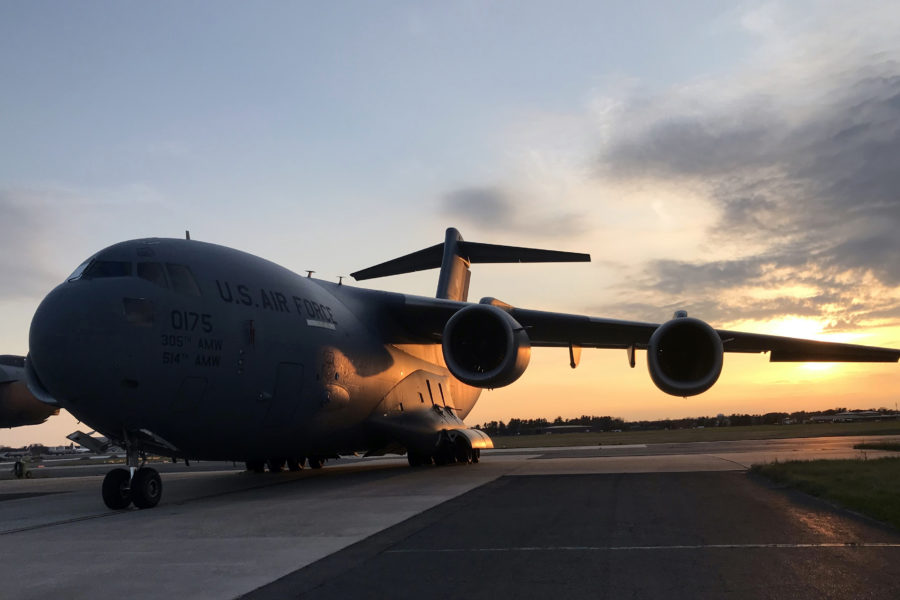 The Air Force is considering a “family of systems” for strategic airlift in the future, as it looks beyond the C-17 to see the mobility needs in future high-end fights.

“As we look into what capabilities I’m asking for, when I work with the Marine Corps and the Army, what is it they need to transport, what types of timelines? What kind of capabilities and where might they be positioned?” Van Ovost said during a March 31 Mitchell Institute for Airpower Studies event.

Future airlift requirements are not just going to be about the volume an aircraft can carry, but also its ability to go into contested environments with different payloads. For example, carrying offensive capabilities such as attritable offensive counter air systems or missiles.

“I don’t just think volume, I also think of the ability to do things inside of that contested zone,” Van Ovost said. “How do you think small, as well, that can fly off … and bring a capability forward to say [Air Force Special Operations Command] or to the Army when they need it? So those would absolutely be the things, and as we go forward and we do these war games, that’s how we’re going to tweak the attributes necessary for the next, if you will, kind of a combined C-5, C-17 into the future.”

For the current fleet, AMC is looking at the potential of conditions-based maintenance to understand how long the C-17 can fly. The time frame looks to be in the 2060 range before the C-17 would end its service life, Van Ovost said.

“We’re optimistic on analysis, but this requires continuing study for what we would have to do to that airplane, so I’d say that we are, you know, cautiously optimistic about the lifespan of the airplane,” Van Ovost said.

For the time being, “it’s hard to say what’s gonna happen” in the next even 20 years. “It’s really pretty far out there to think about the full replacement of the C-17,” she said.