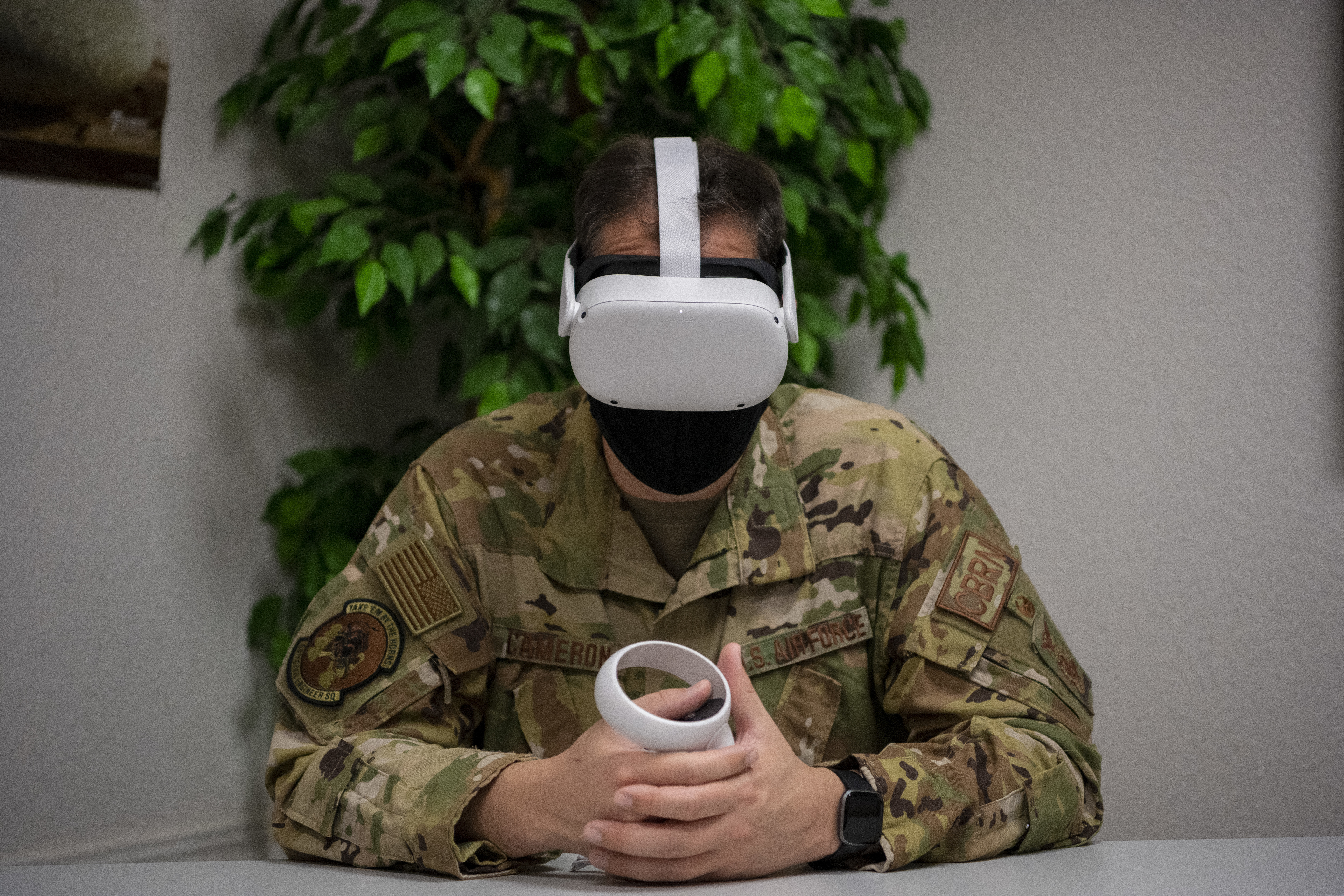 Two bases in Air Mobility Command are using virtual reality to teach Airmen how to talk to someone who might be suicidal.

The Air Force in recent years has been grappling with high levels of suicide in its ranks. In 2019, the department ordered a one-day “resilience tactical pause” to address the issue, only to see the numbers remain high in 2020 as the COVID-19 pandemic spread. AMC and the Air Force Installation Contracting Center recently saw a way to move beyond the typical computer-based training and use virtual reality headsets to take training to another level.

AFICC expedited its Small Business Innovation Research program, and within 60 days of the contract being built it awarded Moth+Flame a contract for headsets to be evaluated at Scott Air Force Base, Ill., and Travis Air Force Base, Calif., according to an AMC release.

“The need for this work was so obvious,” said Victor Jones, AMC suicide prevention program manager and VR suicide prevention contract owner. “We wanted to provide a training experience unlike anything ever encountered, … a realistic conversational interaction in a simulated environment that would have unparalleled realism in having these difficult, uncomfortable but necessary conversations.”

Using the VR headsets, an Airman talks with another Airman in distress in a simulated scenario, asking questions such as, “Do you have a gun in the house?” and “Are you thinking about harming yourself?”

“Actually going through the process of talking to someone with thoughts of suicide is much different than sitting through a PowerPoint presentation,” said Kaitlyn Woodruff, the AFICC contracting officer assigned to the training program, in the release. “It impacts you emotionally and takes the fear out of talking to someone thinking about suicide.”

The contract covers 50 headsets and four training scenarios at the two bases, though only one scenario is currently under evaluation. AMC is collecting data to determine the effectiveness of the training before deciding if it could be scaled across the command, and eventually the entire Department of the Air Force.

Initial feedback showed 98 percent of leaders at the bases would recommend the training and 93 percent said it would be more effective than traditional training, Task & Purpose reported.

The goal of the training is to enable the Airmen to be able to recognize another in distress, have those difficult conversations, and “guide that Airman to safety,” Jones said.