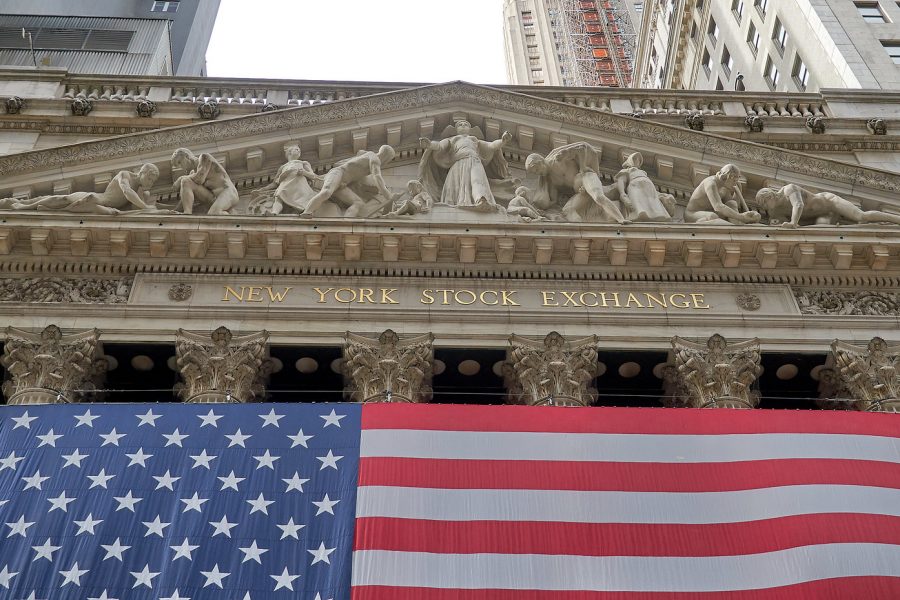 Analysis: Defense Stocks May Take Years to Recover from COVID-19

Defense stocks may have a hard time recovering from the stock market’s loss of more than 30 percent in less than a month, as soaring national debt and competing security priorities put pressure on future defense budgets, according to Capital Alpha Partners analyst Byron Callan.

“It’s going to take a couple of years” for a recovery in defense stocks, said Callan, who specializes in the defense and aerospace industry. The COVID-19 crisis “is going to reverberate through the 2020 election.” Unlike the attacks of 9/11, “this touches every American,” he told Air Force Magazine.

He explained that if Congress and the White House go through with plans to mount a nearly $2 trillion national aid and recovery plan, future defense budgets and potentially much higher national debt service will likely hold down defense spending.

“We’re breaking every piggy bank we can find,” he said, as the Congressional Budget Office and the Office of Management and Budget “have been talking about trillion-dollar budget deficits for the next couple of years.” While interest rates close to zero make that situation “almost palatable,” Callan observed, “if rates really start to climb back up again, and you see no move to lower the magnitude of federal debt … it really does raise the risk that in 2024, 2025, or 2026…it could really be a world of hurt for the defense sector.”

The sting of the pandemic may also cause some re-prioritization of where defense dollars go, Callan said. The National Guard is playing a highly visible role in the pandemic response, he noted, and that’s “going to matter” in future budgets.

“The idea of the high-end fight in the Pacific, that’s going to be pulled back, I think,” he said, as lawmakers ponder, “Do the state Guard units have all the equipment and support that they need to deal with another pandemic in the future? So, there may be a balance and reallocation.”

A mitigating factor, though, will be whether the worldwide pandemic, which is affecting some countries far more profoundly than others, will create more instability.

“Are we looking at a whole new array of security threats from failing or failed states? North Korea could be more volatile,” and Iran has suffered badly from COVID-19. U.S.-China relations could take a deep downturn.

“There’s always a possibility that it’s a messier, more insecure world in 2021 and 2022,” Callan asserted. “How you square that with the U.S. role in it—the defense resources and its posture of when it’s going to be engaged—is an open question, but I think that’s going to be the anchor that keeps the defense budget from being the piggy bank that pays for all these other things.”

The Pentagon will likely be under “a lot of pressure to make these trades internally, but we’re not going to cut the defense budget in half, or anything goofy like that.”

The Air Force’s hopes to retire some older capability and divert the money to new technology, including all-domain connectivity, may also be thwarted by the pandemic, Callan observed.

“I think it may be a little more difficult in the current economic environment for Congress to step up and enable the retirement of older systems, because those are going to have direct job impacts in congressional districts … If this thing doesn’t turn around quickly, or it’s a lingering crisis, I think they may even be more loathe” to cut jobs. “You want to keep people busy and at work, and you don’t want a squadron or unit suddenly stood down because their [equipment is] being retired. That may be another knock-on effect.”

Small businesses may take the brunt of the COVID-19 damage, Callan observed.

“Let’s say a company has 70 percent emphasis in commercial aerospace, and 30 percent is defense. They may have a real struggle for survival, here, depending on what happens the next couple of months.” While he declined to call liquidity a “crisis,” there could be “knock-on effects, in the amount of money that people will have [available] to invest. And so, some of these things, that, for example, the Defense Innovation Unit, … or all the stuff the Air Force has been doing with AFWERX, the ‘Shark-Tank’ type of stuff, those capital sources are probably going to be stressed.”

Defense stocks ran up over the past few years buoyed more by performance and the Trump tax cut than producing weapons for the wars in Afghanistan and Iraq, Callan said.

“This was a group that benefitted from the tax cuts,” he said. “The tax rates tended to be in the mid-30s, and now you’re in the mid-teens. I think there were instances where geopolitical tensions mattered: think about North Korea, and more recently, Iran. There was some safe heaven-seeking on those two issues. And just more broadly, the whole National Defense Strategy, the emphasis on high-end warfare, modernization of iconic weapon systems,” bolstered defense companies.

Defense was also a “safe haven,” he said, because it was a sector “largely immune from the trade war” with China and other countries, and was considered safe, too, in case there was a recession, as was widely anticipated a year ago.

Also, “for the most part,” the defense industry “had been executing pretty well,” and “caught the eye of the institutional investors.”

“With defense, when coronavirus first broke, … the thinking was, ‘oh, the defense budget is fairly well insulated.’ And that’s true: the Department of Defense is not going to stop buying services and equipment from contractors.” Disruptions of the industry, though, particularly companies heavily focused on commercial aerospace, are creating lots of uncertainty. Aerospace and shipbuilding industry groups have been petitioning for massive government aid, as have unions, and “there may be a little more disruption here to operations than people have been anticipating.”

Boeing, well before the novel coronavirus, has been in “its own special world of hurt,” Callan asserted, due to the 737-MAX issue and problems with the KC-46 tanker.

Though the “underlying fundamentals” of defense stocks are strong, “this is really independent” of those, he explained. Investors have “hidden out in defense stocks,” but “if the outlook really does start to stabilize for the airlines and the commercial aerospace sector, people are going to sell their defense stocks and rotate back into these more severely depressed sectors.” This will be due both to bargain-hunting and profit-taking, he said.

“Trading is now done algorithmically, and you get these big program sales,” Callan said. “Regretfully, things tend to trade less on their individual fundamentals and more on how they’re linked to some of these broader, passive investment vehicles.”

The reduction in the military level of effort in Syria and Afghanistan, Callan said, has likely not been a factor in the defense stock downturn.

“I think it was largely irrelevant,” he asserted. “It was a factor, when we were running big [Overseas Contingency Operations] numbers, … but it just hasn’t been a factor driving the fundamentals. It’s had no bearing on F-35 demand, or the B-21 program, or KC-46. It’s kind of divorced from that.”

One upside of the crisis is that the cost of debt is down. Northrop Grumman announced plans to sell more than $2.2 billion in bonds last week, and Callan said he’d be surprised if more defense firms don’t make similar moves soon.

“Why not be opportunistic for unprecedented low interest rates?” he said.