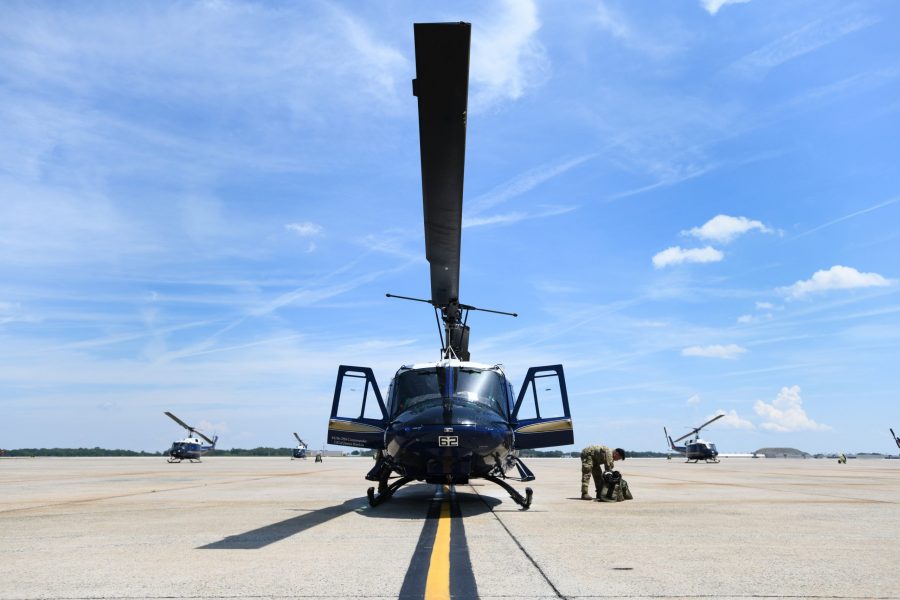 The Huey, part of the 1st Helicopter Squadron at Joint Base Andrews, Md., was flying an instrument approach to the Manassas, Va., airport when it was hit by a bullet about 10 miles northwest, near Middleburg, Va., in affluent Loudoun County. The helicopter was flying about 1,000 feet above ground level at the time, the Air Force said in a statement.

The helicopter landed safely. An aircrew member sustained a minor injury, and the aircraft was damaged by the bullet, according to the statement.

The 1st Helicopter Squadron flies VIPs, including senior military and other governmental officials, throughout the Washington, D.C., area, along with flying medical evacuation. A smaller unit flies the same aircraft in a similar role at Yokota Air Base, Japan.

The squadron is slated to replace its aging UH-1N Huey fleet with the MH-139 Grey Wolf.