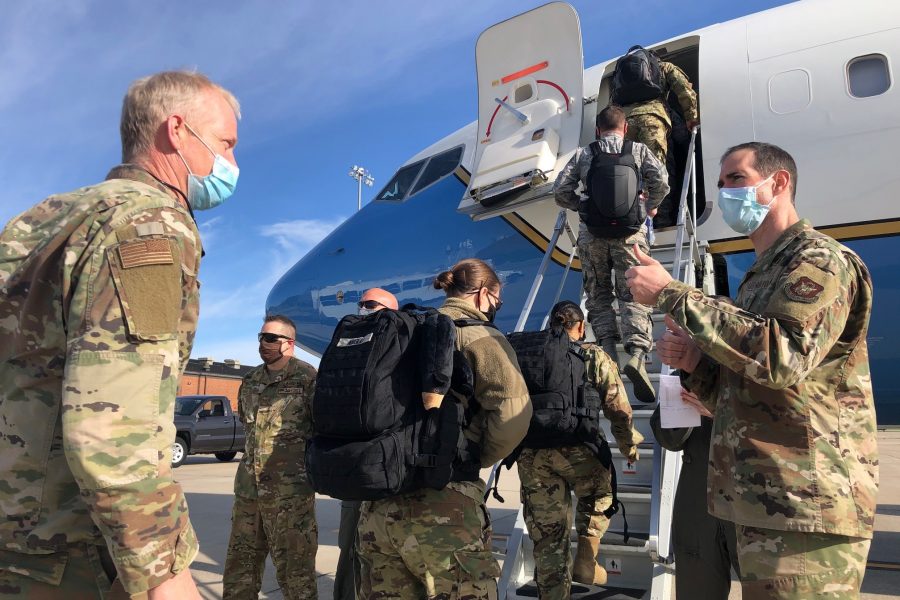 About 150 more Air Force Reserve medical specialists volunteered and have reported for service to fight the COVID-19 outbreak in New York, New Jersey, and Connecticut.

The majority of the new volunteers reported in less than two days to help fight the new coronavirus outbreak in the hardest-hit region of the country. There are now more than 770 Reservists mobilized across the country for the virus response, according to an Air Force Reserve Command release.

“The Air Force Reserve is designed to provide critical rapid response and this capability is on full display as we provide support where it is needed most,” AFRC Commander Lt. Gen. Richard Scobee said in a release.

The Airmen, comprised of traditional Reservists, Air Reserve technicians, and individual mobilization augmentees, came from 18 units across the country. Airmen are integrated into local hospitals to help staff who have been overwhelmed by the scale of the outbreak.

The Airmen were inprocessed at Joint Base McGuire-Dix-Lakehurst, N.J., before moving into the city to work at hospitals in the Bronx and Queens, as well as at the Javits Center, according to the Air Force. Assignments are provided upon arrival, and the Airmen are expected to stay as long as needed, up to 179 days. The team could also move to another hot spot outside of the New York City area, if a need is determined by U.S. Northern Command.

Outside of the NYC area, Reservists have been mobilized to help move patients with the Transport Isolation System, based out of Joint Base Charleston S.C.

These Airmen and the other medical professionals helping in the COVID-19 response are the “MVPs right now” of the response, Air Force Chief of Staff Gen. David Goldfein told Air Force Magazine.

“And every one of them has a family, spouses, kids, parents, all who are worried about them. And yet they don’t hesitate,” Goldfein said. “They go into the breach and take care of others.”

As of April 24, there are about 61,000 total Defense Department personnel supporting COVID-19 relief, including 14,600 people deployed in support of U.S. Northern Command, of which about 4,400 are medical personnel. There are 43,700 National Guardsmen helping individual states in their response to the outbreak, including assistance with testing, logistics support, and distribution of supplies.