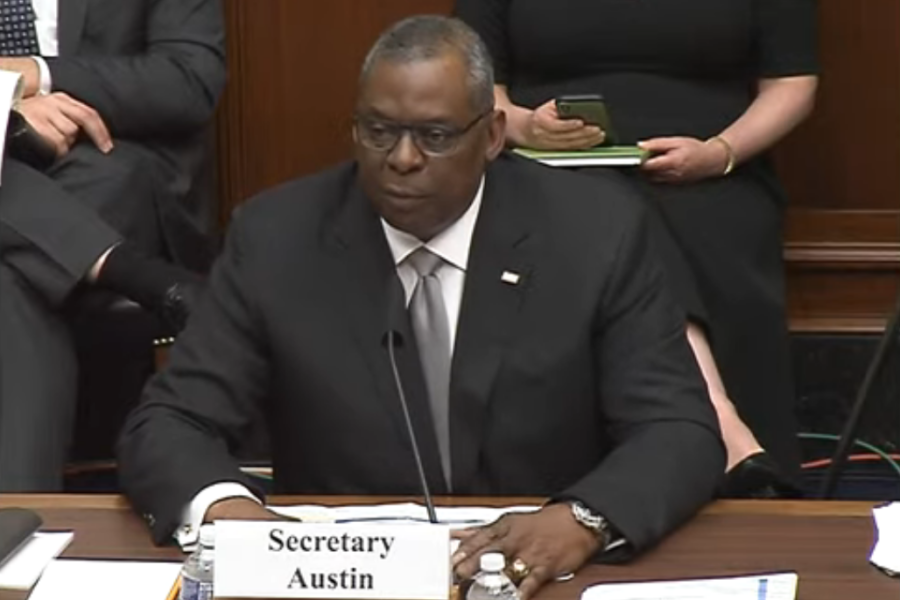 After some lawmakers questioned the need for the Ground Based Strategic Deterrent (GBSD) program, top Defense Department leaders said June 23 that its future will depend on a review of the military’s nuclear posture.

The Pentagon is asking for $1.1 billion to fund the GBSD program in the DOD’s fiscal 2022 budget request, while the first test flight of the Minuteman III replacement is planned for 2023.

Defense Secretary Lloyd J. Austin III faced multiple questions in a hearing of the House Armed Services Committee about the expense of the GBSD and whether it’s needed at this time. Austin said the long-term “valuation” of the program will be part of the Pentagon’s next Nuclear Posture Review (NPR).

“We’ll take a deliberate and earnest look at where we are and where we need to go in the future,” Austin said.

The Defense Department’s last Nuclear Posture Review, released in early 2018, supported the GBSD program along with other new nuclear programs including the B-21 bomber, the Long-Range Standoff Weapon, nuclear command and control, and the Ohio-class submarine replacement.

These initiatives would also be funded under the administration’s 2022 budget request, which in addition to the GBSD funding also includes $609 million for LRSO.

Austin said the upcoming NPR will include “deliberate work with the services to make sure that we are meeting the most pressing need.”

The notion that Austin has made any decision on the future of the GBSD is premature, he said.

“I have not made any decisions on this. I think it deserves the right amount of effort and attention, and we’ll make the best choices,” he said. “But these choices need to be informed by the posture review to make sure we have the right balance here.”

Military officials, including leaders in the Air Force and U.S. Strategic Command, have said modernizing the ICBM leg of the air-land-sea triad is needed and that time is running out. Chairman of the Joint Chiefs of Staff Army Gen. Mark A. Milley, testifying alongside Austin on June 23, said he does not recommend taking any money away from nuclear modernization. The recapitalization of the triad, including the GBSD, is “critical to our nation’s security,” he said, and delaying it by up to 12 to 15 years would create a gap.

Rep. John Garamendi (D-Calif.) during the hearing repeated that USAF officials have told him that the lives of current ICBMs can be extended and that a replacement can be delayed into the 2030s. Milley, in response, said his position is that investment in GBSD needs to continue “without delay.”