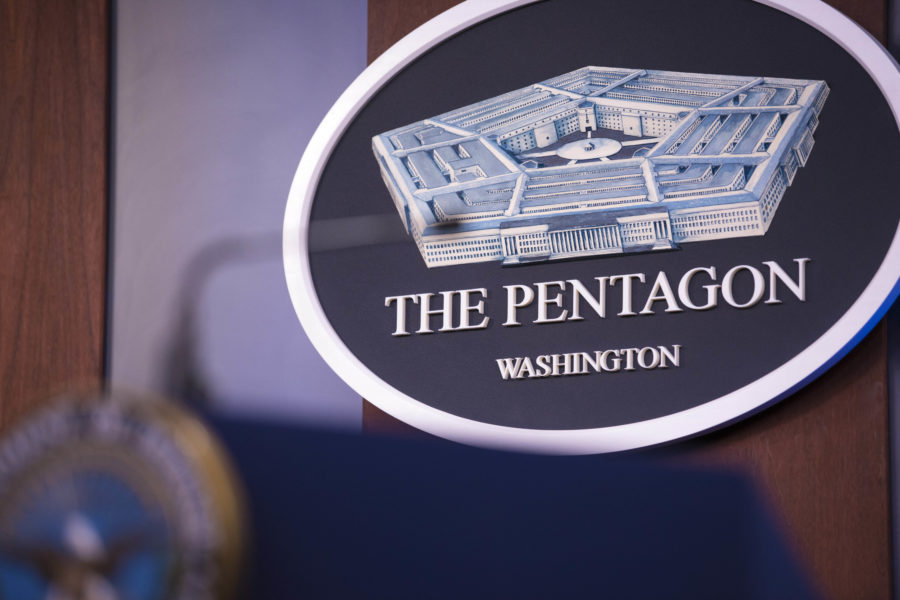 The Pentagon could know within about a week how many volunteer civilian advisers had their terms abruptly concluded by Defense Secretary Lloyd J. Austin III effective Feb. 16, including a list of names.

Austin cleared out an “several hundred” volunteer seats on the Pentagon’s 42-plus civilian advisory boards—every seat he has the power to appoint, according to spokespeople. He blamed the unprecedented purge on “the scale of recent changes” to board seats made in the final weeks of the Trump administration, according to Department of Defense spokesperson Susan Gough. She said Austin’s office won’t be able to provide a total count or full list of names until after March 15.

Austin “was concerned by the scale of recent changes to department advisory committees,” Gough explained in an email to Air Force Magazine. “For example, recent nominations affected half the membership of each the Defense Policy Board and Defense Business Board.” She did not specify what problems Austin thought the changes might present, nor did she detail how many last-minute appointments the Trump administration tried to make in its final days or weeks.

Instead, Gough said Austin instructed Pentagon officials to review each board so he can “get his arms around the breadth and quality of advice provided … and make department senior leaders [are] comfortable about why we have the advisory committees and the expertise they provide.”

Rather than wait for the results of the review, two Pentagon officials, speaking anonymously, announced the conclusion of the board members’ terms to the press Feb. 2. Board members had not been notified. A DOD news story posted online by the Pentagon that same day said board members were “directed … to resign,” but Gough clarified: “We did not ask for resignations, nor did we terminate the members. … We concluded their service as we stood down the boards until further notice.” A letter thanking them for their service was to have been sent by Feb. 26.

Ending all terms at once was “equitable, fair, and uniformly consistent,” an official said in the Feb. 2 briefing.

A tradition that dates all the way back to the beginning of the federal government, the boards provide expertise from the civilian world. By holding public meetings, they also provide a forum for public input, according to the General Services Administration, which monitors advisory committees such as the DOD boards and others across the federal government. The boards don’t have any decision-making powers.

If Austin’s Jan. 30 memo announcing the review is any indication, many of those 42-plus boards might not come back.

Board members on DOD-appointed advisory boards serve one-year terms and may be reappointed for three more one-year terms, serving a maximum of four years, Gough said. Because of potential conflicts of interest, board members’ activities may be restricted, and those restrictions may extend past the end of their service, according to the GSA.

It is unclear what it costs to maintain and operate the boards. An official at the briefing estimated costs are “in the several millions of dollars.”

Austin’s move followed “frenetic” last-minute changes by the Trump administration that involved “removing people who had been on some of these boards and then replacing them, or just simply adding them in a quite unprecedented fashion,” an unnamed official said Feb. 2.

The boards report to 12 executive sponsors, all political appointees. Only two of the 12 had been appointed as of Feb. 22. Each of the 12 will review the boards for which they are responsible and pass their recommendation to George and Muir, including recommendations to retain, realign, terminate, or otherwise change the boards, Gough said. The sponsors may also recommend ideas for changing the governance of boards required in an act of Congress or executive order of the President. Muir and George will present recommendations to Austin in June.

Asked about the appropriateness of starting the reviews without 10 of the 12 sponsors in place, Gough said, “In most instances, the current incumbent is an official [who] has been in the department for some time and, as such, has knowledge of the advisory committee, its mission, and value.”

Sponsor submissions on the Defense Health Board, Defense Innovation Board, and Defense Science Board are due March 12.

The tradition of consulting nongovernment civilians dates back to George Washington’s appointing a commission to investigate Pennsylvania’s “Whiskey Rebellion” of distillers opposing a federal tax, according to the Congressional Research Service’s 2016 report, Federal Advisory Committees: An Introduction and Overview. By the 1900s, advisory committees were common, and the public had grown suspicious of many of the committees’ closed-door activities. In the 1950s, “private sector industries” began to set up committees to try to influence the government, including committees set up “under official auspices,” according to the CRS. By 1972, the proliferation of more than 2,600 committees across the federal government led Congress to pass the Federal Advisory Committee Act. About 1,000 advisory committees with 60,000 members advise the executive branch today, according to the General Services Administration.

Austin’s Jan. 30 memo offered a hint at what he may want in the future: “A single cross-functional advisory committee,” for which Austin or Hicks would approve all members.

“Secretary of Defense Austin suspended committee activity to quickly get a sense of these boards’ purpose and composition, and to make department senior leaders comfortable about why we have the advisory committees and the quality of expertise they provide,” Gough said. “The rapid timeline for the full-scale review shows that Secretary Austin takes seriously the work of these boards and wants to quickly set that work in a direction that most benefits department priorities.”

Civilian Advisory Boards in the Department of Defense

A dozen sponsors supervise the activities of at least 42 civilian advisory boards, not including the boards’ subcommittees, and there may be more boards. During the review, the boards’ executive sponsors will report on any new boards that may have formed recently. The boards, their sponsors, and the dates by which sponsors must recommend whether to retain, change, or terminate the boards:

Chairman of the Joint Chiefs of Staff Army Gen. Mark A. Milley

Beth George, Acting General Counsel of the Department of Defense

Stacy A. Cummings, Acting Under Secretary of Defense for Acquisition and Sustainment

David M. Taylor, Acting Under Secretary of Defense for Intelligence and Security

Virginia S. Penrod, Acting Under Secretary of Defense for Personnel and Readiness

Amanda J. Dory, Acting Under Secretary of Defense for Policy

Terence G. Emmert, Acting Under Secretary of Defense for Research and Engineering

*Some or all members of the boards preceded by an asterisk remain in their positions because the Secretary of Defense does not have authority to appoint or remove them.