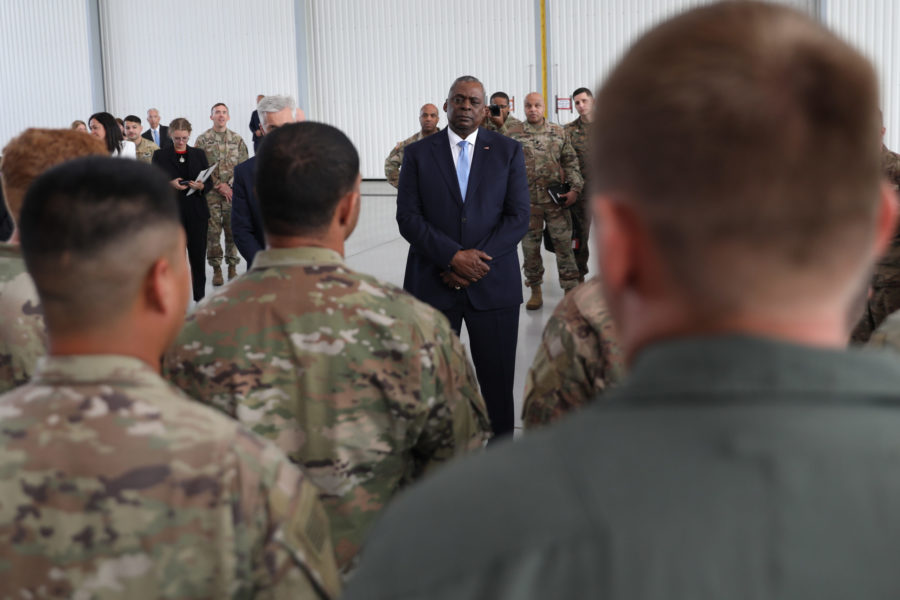 Defense Secretary Lloyd J. Austin III has COVID-19 for the second time in 2022.

Austin said in a statement Aug. 15 that he had tested positive that morning. He was “experiencing mild symptoms” and planned to “quarantine at home for the next five days” in accordance with Centers for Disease Control and Prevention guidelines. Austin previously tested positive for the coronavirus in January.

A Pentagon spokesperson confirmed that Austin will test negative before returning to the office, as President Joe Biden did. Austin said his last “in-person contact” with Biden was July 29, which was a day before Biden himself had to go back into isolation. Biden’s infection and subsequent so-called “rebound” infection lasted from July 21 to Aug. 6 in all.

Austin said he’s fully vaccinated, including two booster doses. He attributed his vaccination status with symptoms being “less severe than would otherwise be the case.” He planned to “retain all authorities” while working from home. Austin took part in the change of command ceremony for U.S. Africa Command on Aug. 9 and traveled to Latvia the same day.

Coronavirus transmission was “high” in 94 percent of U.S. counties Aug. 15, according to the CDC.

The Department of Veterans Affairs has led research into the consequences of repeatedly being infected with the coronavirus. Researchers analyzed data in the department’s “vast health care databases” to figure out the immediate risks of reinfections as well as health outcomes up to six months later.

The VA researchers compared patients with one to as many as three or more infections and found that “reinfection contributes additional risks of all-cause mortality, hospitalization, and adverse health outcomes in the pulmonary [lung] and several extrapulmonary organ systems.” Those included cardiovascular and blood disorders, diabetes, and fatigue along with gastrointestinal, kidney, mental health, musculoskeletal, and neurologic disorders. The “risks were evident in those who were unvaccinated, had 1 shot, or 2 or more shots prior to the second infection.”

Austin last tested positive Jan. 2, worked virtually during that infection, and returned to the Pentagon on Jan. 10.

The DOD revised some of its COVID-19 rules in a memo dated Aug. 8. The new guidelines clarified what’s meant by being “up to date” on COVID-19 vaccines and when personnel must wear masks in vehicles, among other changes.