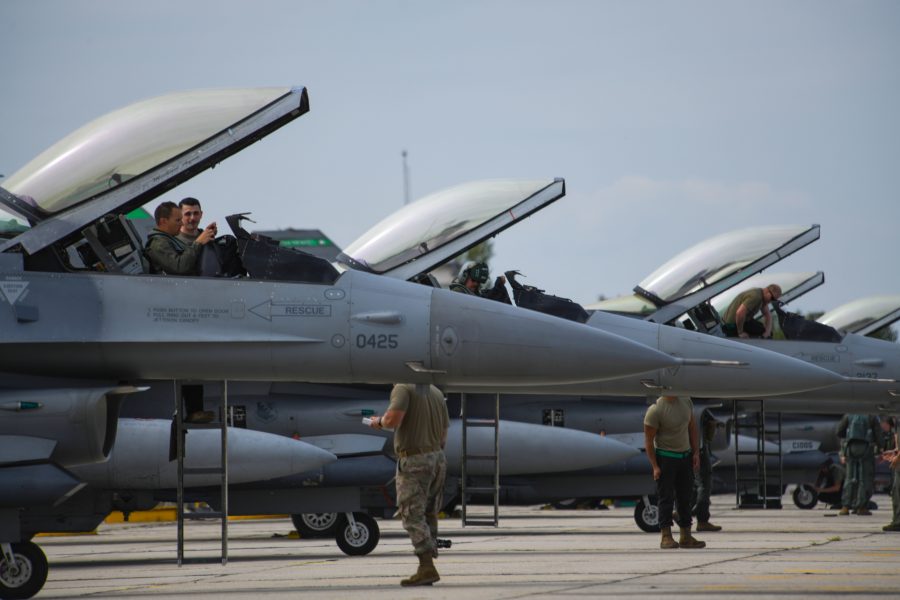 Airmen from Aviano Air Base, Italy, and Ramstein Air Base, Germany, will train with their counterparts from Bulgaria, Greece, and Romania as part of exercise Thracian Viper 20, the 31st Fighter Wing said Sept. 18.

The exercise, which is being held Sept. 18-25 at Graf Ignatievo Air Base, Bulgaria, looks to boost participating air forces’ “operational capacity, capability, and interoperability” with its host country, a wing release stated.

“During the exercise, U.S. and Bulgarian air forces will conduct training, enhancing our ability to rapidly deploy to remote locations and take command and control of the region,” U.S. Air Forces in Europe-Air Forces Africa wrote in a release.

About 150 personnel from Aviano’s 31st Fighter Wing will participate, including Airmen and six F-16s from the 555th Fighter Squadron, as well as members of the 31st Maintenance Group and 31st Mission Support Group.

“The Triple Nickel’s participation in Thracian Viper will validate and refine our ability to closely integrate with other European air forces,” said Squadron Commander Lt. Col. John Ryan in the wing release. “Integrating with our Bulgarian hosts and other partner nations both strengthens our relationships and yields more lethal fighting forces that are ready and able to conduct integrated operations when called upon.”