Skip to content
A B-1B Lancer assigned to the 345th Expeditionary Bomb Squadron flies over the Arctic Circle on Sept. 25, 2020. Two bombers assigned to the unit completed flights that passed directly over the North Pole en route to perform interoperability training with the Norwegian air force. USAF photo.
Expand Photo 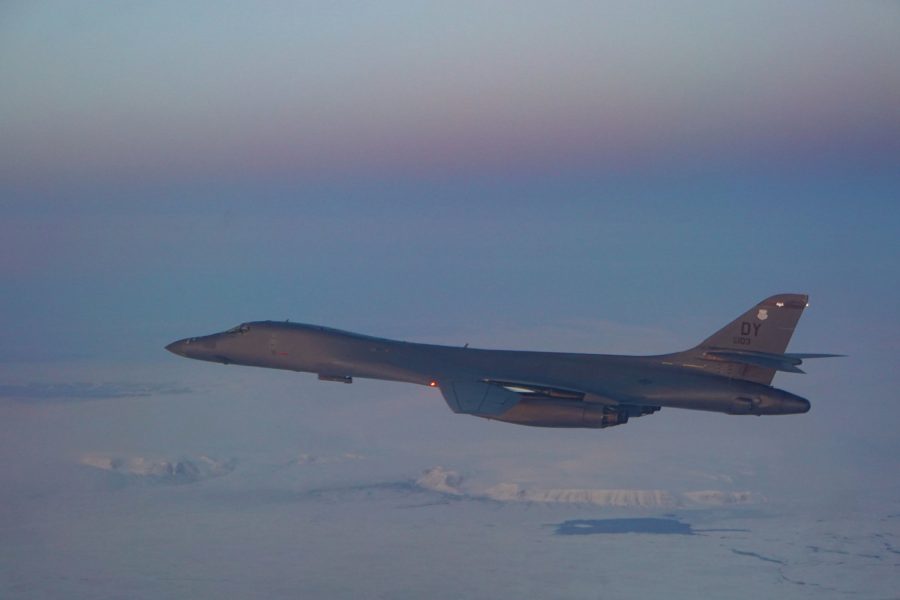 B-1Bs to Deploy to Norway

U.S. B-1B bombers will deploy to Norway for the first time, in both a message to Russia and a sign of the growing importance of the Arctic.

B-1Bs from Dyess Air Force Base, Texas, will fly out of Orland Air Base on the coast of the Norwegian Sea. While bombers have repeatedly flown alongside Norwegian aircraft, this will be the first time Lancers will operate out of a base in the country, according to U.S. European Command.

Some Airmen already have deployed to the base as part of an advance team before the aircraft arrive. Eventually, more than 200 Airmen will arrive at the base as part of the Bomber Task Force. The Airmen were medically screened before deploying and will quarantine for 10 days once arriving.

EUCOM did not disclose how long the bombers will be at the base, but they will conduct training with allies, including operating in the “high north” and across Europe.

“Operational readiness and our ability to support Allies and partners and respond with speed is critical to combined success,” Gen. Jeffrey L Harrigian, U.S. Air Forces in Europe-Air Forces Africa commander, said in the release. “We value the enduring partnership we have with Norway and look forward to future opportunities to bolster our collective defense.”

Last year, B-1s and B-52s flew alongside Norwegian F-16s and F-35s multiple times as part of European deployments and in a long-distance direct flight from their home base.