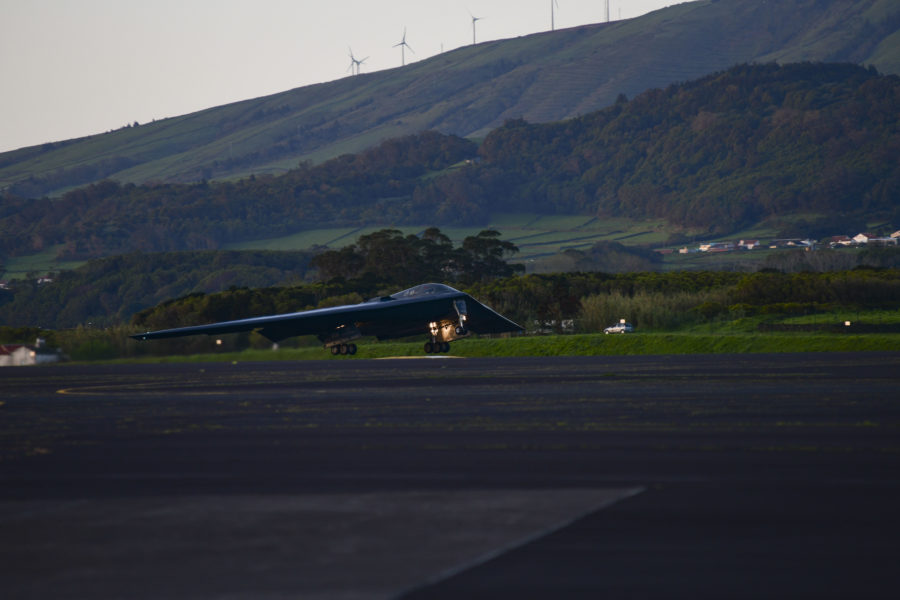 B-1s and B-2s wrapped up a bomber task force deployment on March 25, which included several firsts in the Arctic and across Europe.

B-2s from Whiteman Air Force Base, Mo., flew the final sortie of the task force deployment out of Lajes Field, Portugal. While the B-2s were in the Azores, B-1Bs from Dyess Air Force Base, Texas, were deployed to Orland Air Base, Norway, for the first time.

During the deployment, the B-1s flew nine sorties, including training with Norwegian F-35s, Swedish JAS-39 Gripens, Danish and Polish F-16s, and German and Italian Eurofighter Typhoons, according to a U.S. Air Forces in Europe release.

The Lancers conducted a hot-pit refueling in Europe for the first time, and trained with U.S. special operations forces along with Norwegian and Swedish joint terminal attack controllers.

The B-2s deployed to Lajes Field on March 16, and flew four missions, including flights with the B-1s and Norwegian F-35s in Iceland, according to USAFE.

“Looking back at everything our Airmen have accomplished in the past month is pretty incredible,” USAFE boss Gen. Jeffrey L. Harrigian said in the release. “This iteration of BTF demonstrated our unwavering commitment to the security and stability of Europe, provided vital opportunities to strengthen our bonds with allies and partners, and allowed our Airmen to develop and refine skills that are necessary for the future success of our air operations.”