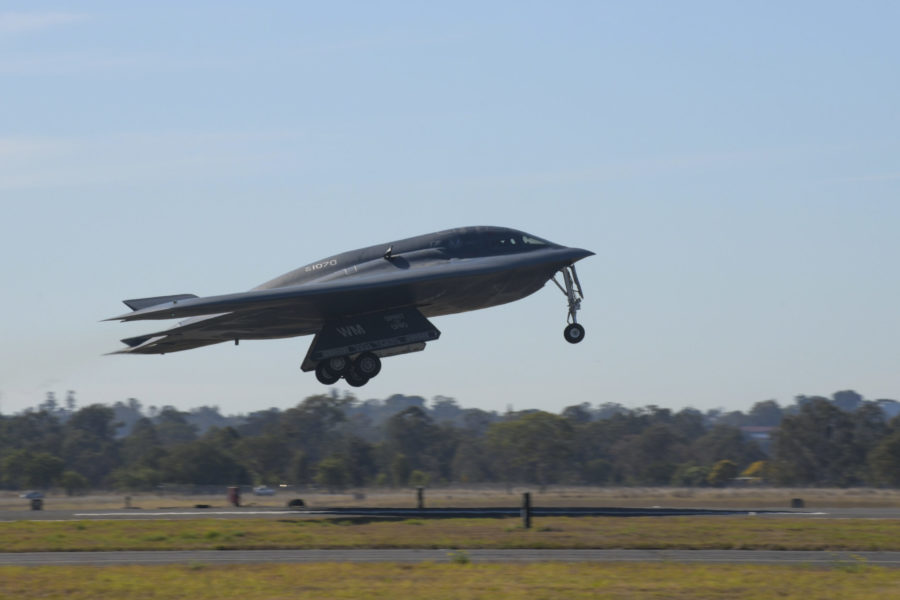 A B-2 bomber successfully released a long-range cruise missile during a weapons test in December 2021, contractor Northrop Grumman revealed Aug. 25, potentially giving the stealth bomber the ability to strike even deeper into contested areas.

The Joint Air-to-Surface Standoff Missile-Extended Range, or JASSM-ER, has a range of more than 500 miles and has been integrated onto the B-1B and B-52 bombers and F-15E and F-16 fighters, according to Pentagon budget documents.

The December test on the B-2, however, marks the first publicly known instance of the Air Force testing the JASSM-ER on a stealth aircraft—there are plans to integrate the missile onto the F-35A as well.

The B-2 has already completed testing with the missile’s shorter-range variant, the JASSM.

“The JASSM-ER further enhances the B-2’s ability to hit any target, anywhere,” Northrop Grumman’s press release states. “The integration of JASSM-ER enables the delivery of a low observable asset capable of traveling greater distances than its predecessor.”

The baseline version of JASSM has a range of roughly 200 miles. Not only can JASSM-ER fly more than twice that far, future versions will allow it to ​​re-target midflight.

Northrop Grumman provided no other details as to where the test occurred or why it took so long to publicly announce it, and the Air Force did not immediately respond to queries from Air Force Magazine.

The successful JASSM-ER test was just one of three modernization efforts Northrop Grumman announced. The contractor also said it has integrated the new Radar Aided Targeting System onto the bomber.

The Air Force had previously announced a successful test of the system, which improves weapon guidance accuracy in a GPS-denied environment, in July. Northrop Grumman noted that the system allows the B-2 to fully use the B61 Mod 12, the latest version of the thermonuclear bomb.

Northrop Grumman also announced that it has installed modern cryptology on the B-2, giving the bomber more secure communications at “various high frequency transmissions.” The new cryptology was tested “earlier this year” in a flight from the contractor’s Oklahoma City facility.