Skip to content
A B-2 waits to complete a hot pit refueling mission at Lajes Field, Azores, Portugal, in September 2019.  An undisclosed number of the bombers arrived at Lajes on March 9, 2020, for a bomber task force deployment to Europe. Air Force photo by Ricky Baptista.
Expand Photo 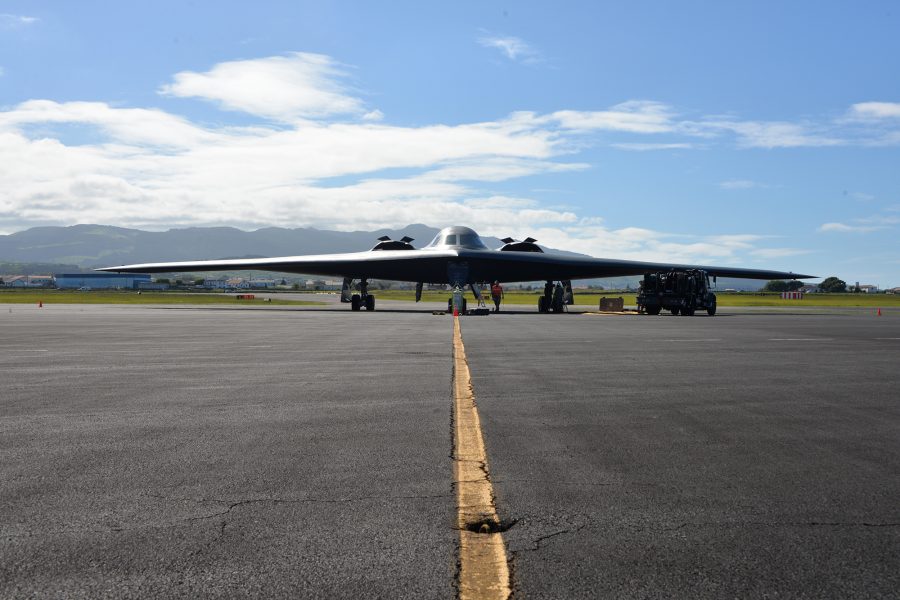 B-2 Returns to Europe for Task Force Deployment

An undisclosed number of B-2 stealth bombers touched down March 9 at Lajes Field in Portugal for the latest bomber task force deployment to Europe.

The Spirit bombers from the 509th Bomb Wing and 131st Bomb Wing at Whiteman Air Force Base, Mo., deployed to the base with the help of KC-10s from the 305th Air Mobility Wing at Joint Base McGuire-Dix-Lakehurst, N.J., according to a U.S. Air Forces in Europe release.

The bombers are scheduled to fly out of multiple bases across Europe to familiarize aircrews with the area and to prove America’s commitment to its allies and partners, according to USAFE.

B-2s most recently deployed to Europe last August, when they operated out of RAF Fairford, England.