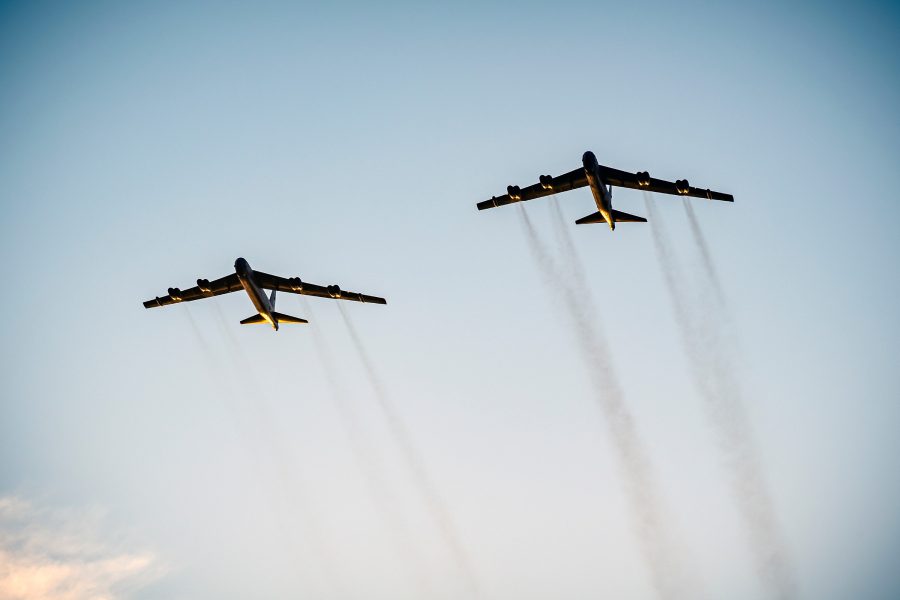 B-52s Fly Over All NATO Member Nations in One Day

Six B-52s on Aug. 28 overflew all North Atlantic Treaty Organization member nations, both in Europe and in North America, as part of a mission called “Allied Sky” that was designed to “demonstrate NATO solidarity.”

Four B-52s deployed to RAF Fairford, United Kingdom, flew over European member nations, while two B-52s from Minot Air Force Base, N.D., flew over the U.S. and Canada. All of the bombers are part of Minot’s 5th Bomb Wing.

“U.S. security commitments to the NATO Alliance remain ironclad,” said Gen. Tod D. Wolters, commander of U.S. European Command, in a release. “Today’s bomber task force mission is another example of how the Alliance sustains readiness, improves interoperability, and demonstrates our ability to deliver on commitments from across the Atlantic.”

The same day as the mission, Russian state-owned media posted a video allegedly showing Su-27 fighters intercepting a Minot B-52 over the Black Sea. The intercept reportedly occurred in neutral waters.

Joint flights are designed to enhance “interoperability for all participating aircrews from the U.S. and NATO allies,” according to the release.

Some of the nations shared photographs of allied aircraft alongside the B-52s. All told, about 80 NATO fighter aircraft participated.

“Today’s training event demonstrates the United States’ powerful commitment to NATO, and Allied solidarity in action,” NATO Secretary General Jens Stoltenberg said in a statement. “As U.S. bombers overfly all 30 NATO Allies in a single day, they are being accompanied by fighter jets from across the Alliance, boosting our ability to respond together to any challenge. Training events like this help ensure that we fulfil our core mission: to deter aggression, prevent conflict, and preserve peace.”