Skip to content
A B-52H Stratofortress takes off from Barksdale AFB, La., on Nov. 21, 2019. The exercise simulated a scenario where B-52s were launched from multiple locations to strike the same target areas. Air Force photo by A1C Lillian Miller.
Expand Photo 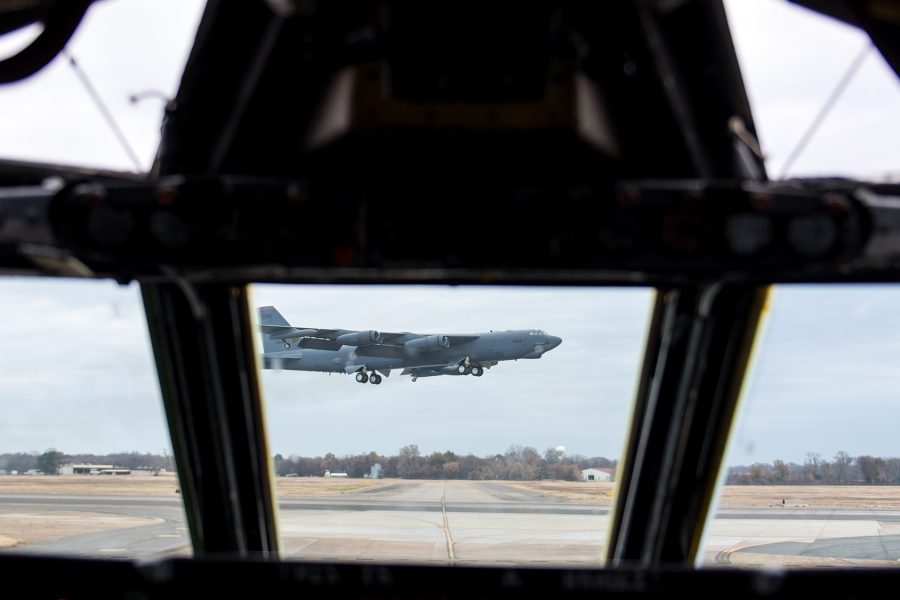 Air Force B-52s from three bases completed two complex, long-range training missions in less than a week, showcasing the bomber’s range and ability to integrate with each other and forces on the ground.

On Nov. 21, B-52s from Minot AFB, N.D., and Barksdale AFB, La., flew a combined exercise to the center of the US. Two Minot B-52s flew to a range in Kansas, while another two B-52s from Barksdale flew to South Dakota to strike target areas simultaneously, according to a Barksdale release.

“We talked over great distances to effectively communicate to make sure that we could strike targets that are way beyond where we could visually see simultaneously,” said Capt. Tim Nichols, weapons officer with the 20th Bomb Squadron at Barksdale, in the release.

Days before that exercise, two B-52s from the 69th Expeditionary Bomb Squadron deployed to Andersen AFB, Guam, and flew bombing training missions to the Pohakuloa Training Area on the big island of Hawaii. During the exercises, which included a 19.5-hour flight, the bombers integrated with joint terminal attack controllers on the ground to drop more than 15,000 pounds of bombs, according to a Pacific Air Forces release.