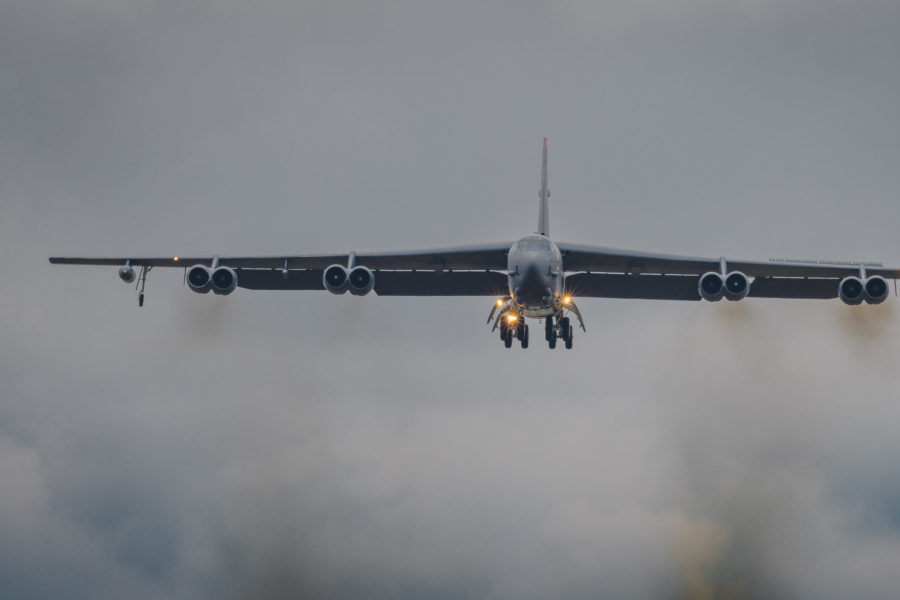 Multiple B-52 bombers from Minot Air Force Base, N.D., arrived at RAF Fairford, England, on Aug. 18 as part of a bomber task force mission in Europe, U.S. Air Forces in Europe announced.

“These Bomber Task Force missions across Europe provide a great opportunity to improve our combined readiness, promote interoperability and demonstrate our global power projection alongside our Allies,” Gen. James Hecker, commander of USAFE-AFAFRICA, said in a statement. “Our ultimate strength in the European area of operations is a joint-force lethality—our ability to train and operate with our Allies and partners as one layered, capable and credible combat team.”

Flying into Fairford, the B-52s from the 5th Bomb Wing got a quick start on that training with allies, integrating with fighters from Norway and Sweden.

For Sweden, in particular, the integration marks another milestone as the country continues to progress toward NATO membership.

“Witnessing our nation’s Gripen fighter aircraft flying alongside several of America’s most powerful military aircraft visually depicts the strength and solidarity of NATO,” Maj. Gen. Carl-Johan Edström, commander of the Swedish Air Force, said in a statement. “These moments truly capture the military power that exists within NATO—as individual nations, but, more importantly, as a unified Alliance.”

Media reports in the United Kingdom noted four of the iconic bombers landing at Fairford, garnering considerable attention from locals.

This marks the second time this year B-52s from Minot have flown to RAF Fairford for a bomber task force mission. In February, four of the bombers arrived in Europe. Prior to that, B-1B bombers from Dyess Air Force Base, Texas, deployed to RAF Fairford in November 2021.

RAF Fairford is the only forward operating location for U.S. bombers in Europe, so bomber task forces are usually based from there, with the aircraft flying missions across the continent and sometimes farther in a projection of U.S. air power and as an opportunity for aircrews to integrate with allies and partners.

This most recent BTF marks the first one the Air Force has announced since Russia invaded Ukraine in late February, raising security concerns across the region and leading NATO to significantly increase its air policing and air shielding missions along its eastern flank. USAFE’s release on the mission made no mention of Russia, and it is unclear if the B-52s will fly over Eastern Europe during their time in the region.